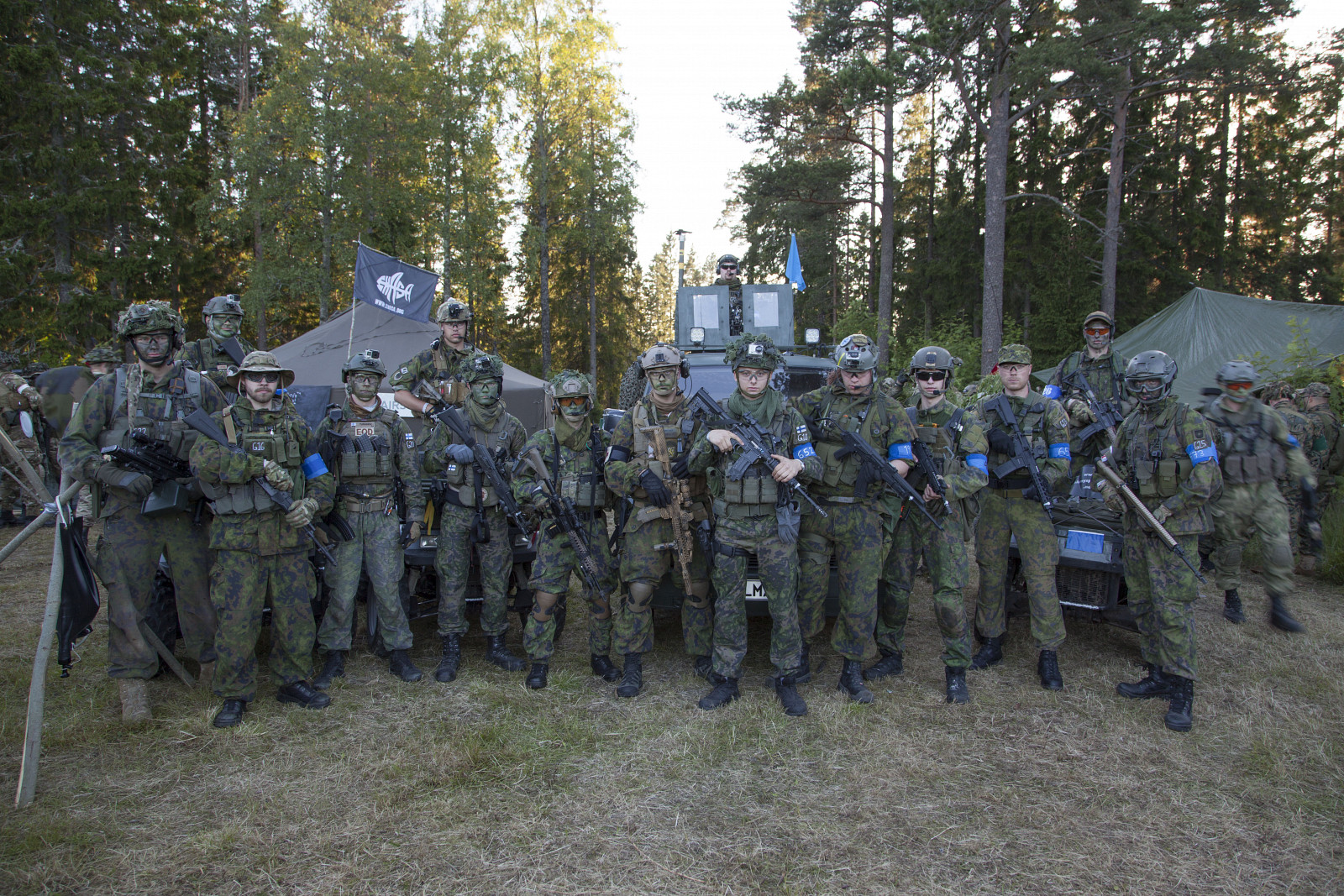 Ehasa Ry is an association operating in the capital region, whose purpose is to organize annual airsoft events in Finland. Ehasa consists of about fifteen active members.

We consist of former and current airsoft players who strive to keep the scene alive by organizing events in Finland. In our events we aim to take into account both younger and older players striving to offer something for everyone.

Even though we are an old association, we are constantly looking for responsible, passionate and capable members to join our organisation. In order to apply to become a member, you must know one of the existing members of Ehasa ry who can then recommend you. In practice, we expect applicants to already have some knowledge of organising airsoft events, as well as the ability and desire to develop the events even further.

Previous
Next
View more photos in our gallery
gallery.ehasa.org

We have tried to remember some important milestones along the history of our association. Planning for the 2023 TSTOS event has already slowly started. Let's see what the new year brings in terms of the area and the event itself. 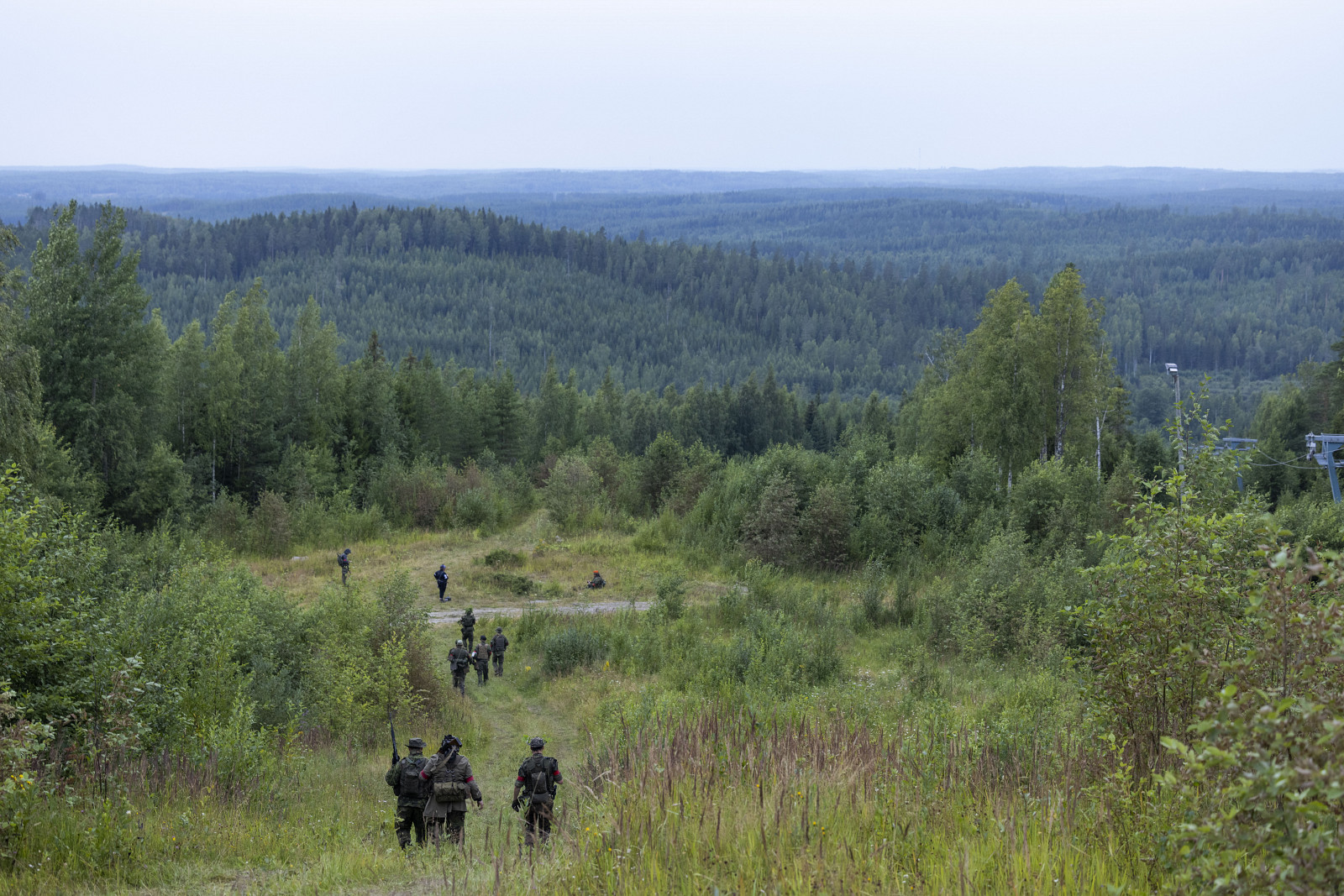 After Padasjoki, we had to find a new game area. One of our players pointed us in the direction of Juupajoki. In the end the area consisted of a single private property and lands owned by UPM Oy. Unfortunately the locations of the bases and poor road network was something that did not suite our event in the best way possible. 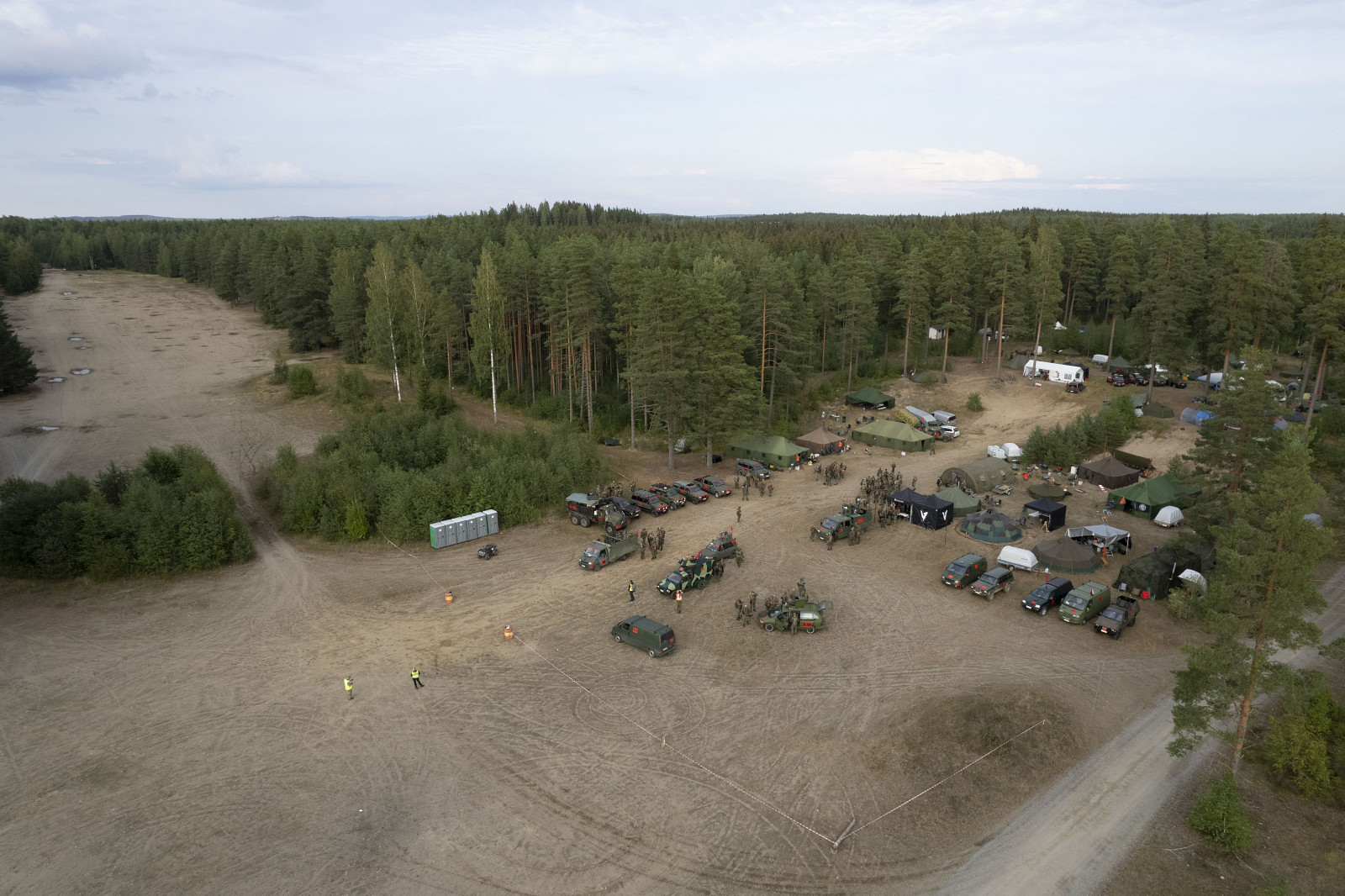 In the end, the area of Padasjoki became too small and well known, and the yearly challenge was the long permit process with the defense forces, where national defense interests were naturally prioritized when deciding who gets which week at the area. 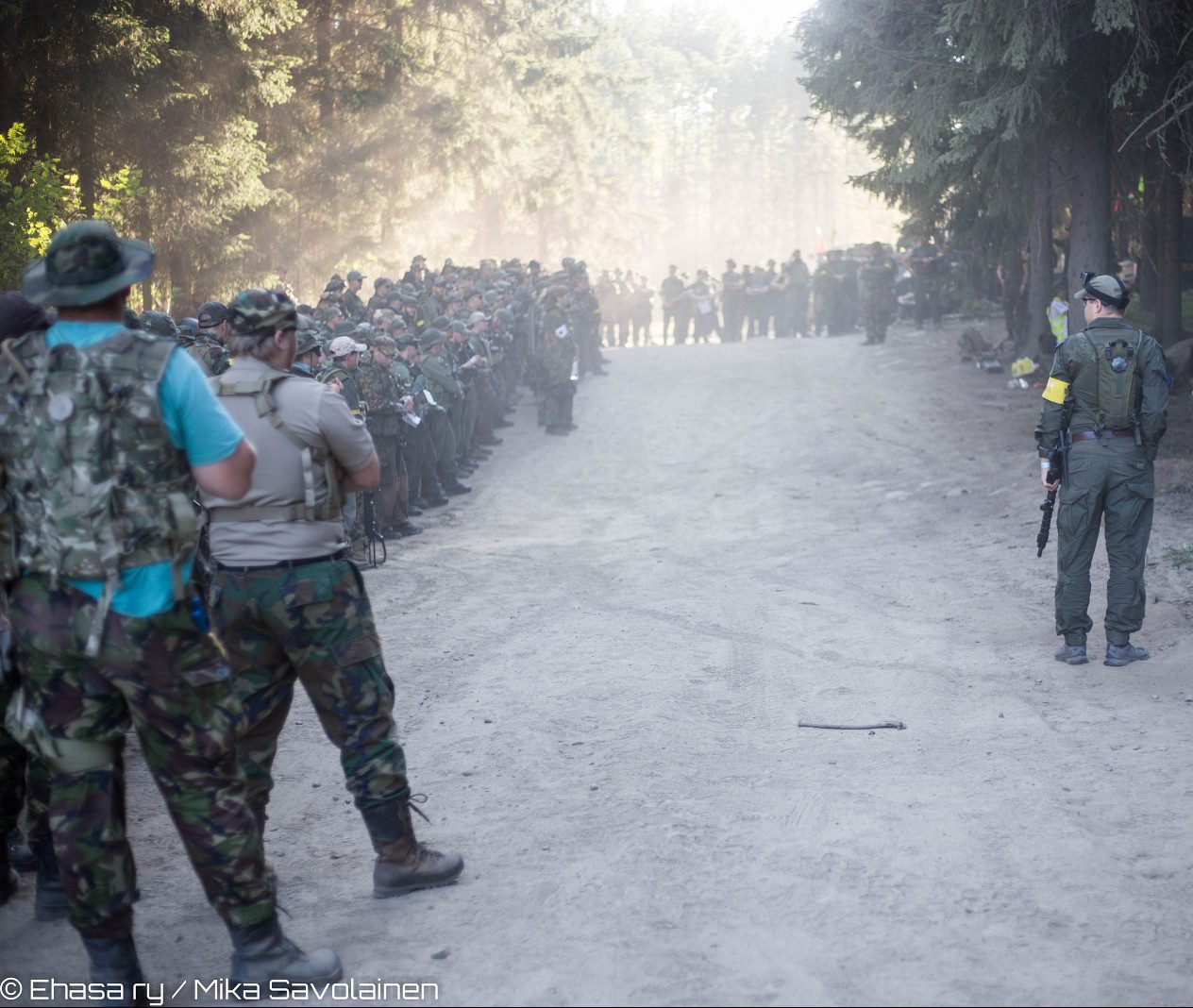 The TSTOS series continued until 2018 in Ilveskallio, after which it moved to a new area in Padasjoki. The years 2019-2021 went well in Padasjoki, with the game area size changing slightly every year. The organisers at least enjoyed the indoor accommodation, sauna and sanitary facilities of the Padasjoki compared to the similar tent and bajamaja options at Ilveskallio. Cooperation with the National Defense Association

In the same year as the first TSTOS event, we also started cooperation with the National Defense Training Association, through which we received some equipment etc to help us organise the event. At that time we also began a cooperation with Aru ry on organizing SRA shooting trials at our events. The TSTOS series is born

Our organization had already been to a few Berget events in Sweden and the idea arose to organize something in a similar style in Finland. In 2016, we organized the first TSTOS event. At that time, the event called TSTOS Parola and it was widely attended by people from all over Finland and the Nordic countries. In the event, Uusimaa and Pirkanmaa competed for the control of Kanta-Häme, while the special forces of Åland made things harder. The game language of the event was still Finnish at that time 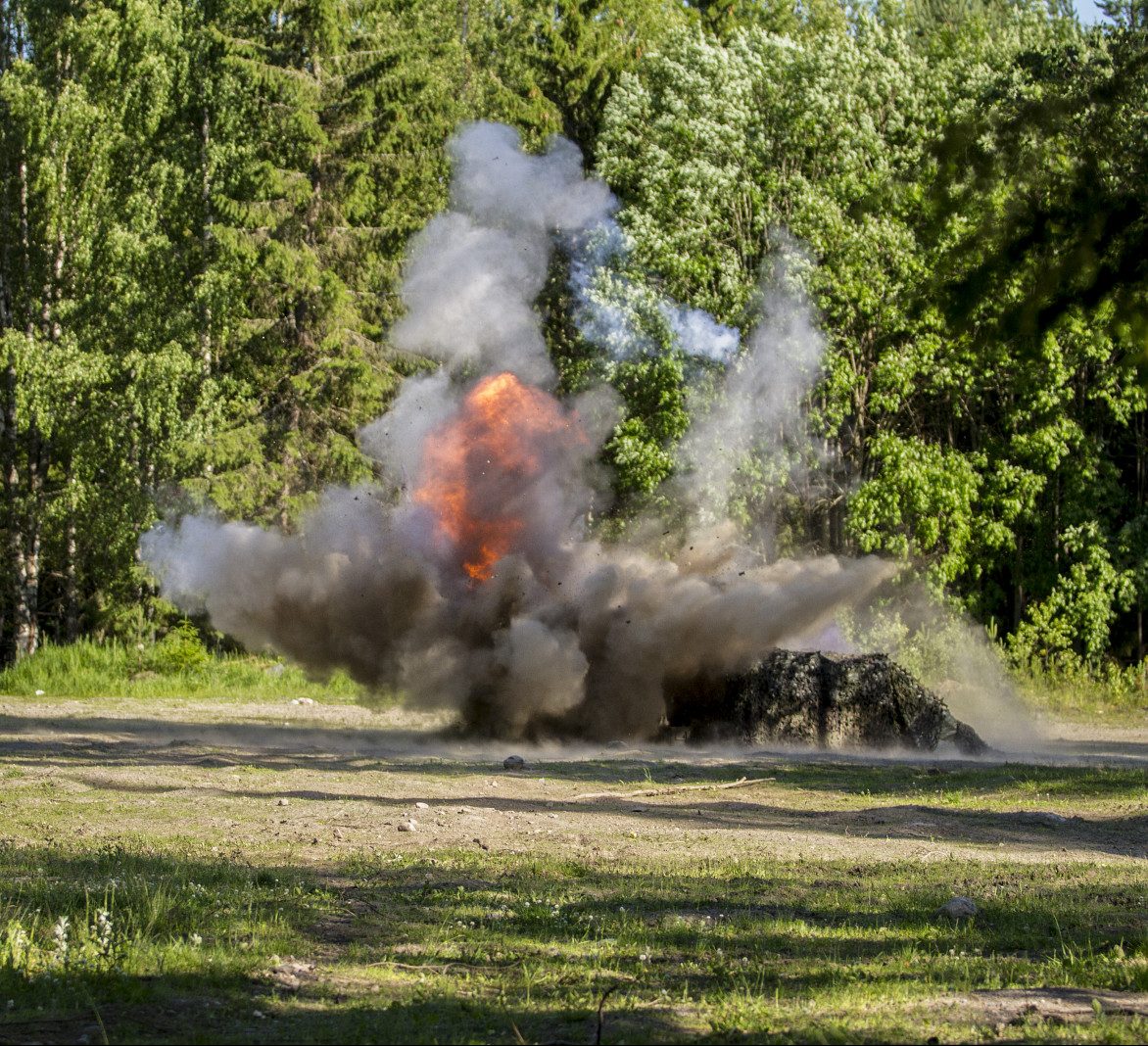 Over time our interest in the laborious Carrington series faded, as we were forced to organise several other events each year to fund a single Carrington event. We however took our first bite at milsim genre in 2015 with a military skills competition event called 4th of July. The event was also the first one we organised at the Finnish Defense Forces training area in Ilveskallio. In the event, the Teams were given a map and tasked with getting to certain positions in time. The teams were also competing against each other and there was a separate faction which only task was to seek and destroy the teams. The length and complexity of our events increases

After three Conquest events, a few smaller events and some weekend games we had enough. We wanted to do something new and bigger, so we decided to develop our events both in terms of duration and plot. The Carrington Event game series was born, which was influenced by our original Dusk of the death zombie event and the Krauzenberg events organized by Taso-Soft in Akaa. In the end we organised three Carringtons between 2013 and 2015, the first two in Vihtijärvi and the third in Jämsä. At the same time, of course, we organised two to three Conquests each year in both Vihti and Jämsä. Our first big event under Ehasa ry was Strawberry hills 2012. Before this we had organized two smaller Strawberryhills events, but now to our surprise more than 300 players signed up. A registration system had to be developed for the event, which later further developed into the first version of Kuulaportti. The event series was named after the surname of one of our members at the time. Strawberry. The beginning of Conquest series

Originally, the Conquest series was only supposed to be a test game before the upcoming Strawberry hills 2012 event, but over time it became established as one of our traditional events to serve as a lighter option alongside the main summer events. In Conquest, the players could easily test their weapons and equipment after the winter, and we as the game organisers, were able to try out some game mechanics and tasks etc.

The birth of Ehasa ry

Ehasa was registered as an official association in 2012. The founding meeting lasted almost an hour and then it was then decided to collect an annual fee of €15 from the members. Soon, however, the annual fee was waived, when we found out that organizing events already costs enough of our own money anyway. Dusk of the death

This was Ehasa's first big event. A group of about 100 participants gathered in the forests of Vihtijärvi to survive in a post-apocalyptic world. The factions were simply the survivors and the infected. In the event, the survivors were transported in a truck to the middle of the game area, where they were suddenly attacked by the infected. You can imagine the rest. Ehasa informally organized weekend games in Helsinki at Mustavuori. Here people got to know each other and decided to start organizing events. Soon, a core group of about 3-4 people was formed, who had a passion for organizing more than random weekend games.