Status.ehasa.org is ehasa’s own airsoft game management system, where you can see the situation of the game in realtime. We have also developed an android application that supports better gps tracking, which in turn allows the faction leaders in our larger events to see the movements of their forces.

We have made it is easy to create interactive maps of the event. We also have made an feature where you can create your own encrypted/closed maps for example specific factions. Almost everything such as points, tickets, tasks, etc. can be easily shared between different events.

The status uses kuulaportti credentials. The game organiser can also set up the event so that it can only be logged in if the player is bought a ticket, marked as arrived and plays on a faction.

Due to the GPS tracking, we can also monitor the driving speeds of the players’ vehicles and the movement of the troops in the game. For example, in tstos events, vehicles must have a status application or a gps tracker so that the vehicle’s movements can be monitored.

Status is developed irregularly according to Ehasa’s needs.

To get the full potential of Status it is intended to use with our capture points (Flag boxes).

Capture points are electronic devices equipped with a GPRS module. When you press your factions button (red, yellow, blue or green) , it starts the capture time chosen by the game master. After the capture time, a sound signal can be heard from the device, after which it will move to the confirmation time also chosen by the game master. During the confirmation time, the player must press the original button again, after which the information about the capture goes into the status system.

In the status, the settings of each flag can be modified, for example, so that the flag can only be captured by a certain faction or that the flag has been destroyed, so nobody can capture it. The capture point can also be set to generate custom amount of points.

When thinking of use cases for the capture points the only limit is your imagination. They have even been used as in-game alarms at the Carrington Event gun store (Set a 0-minute capture time and confirmation time) 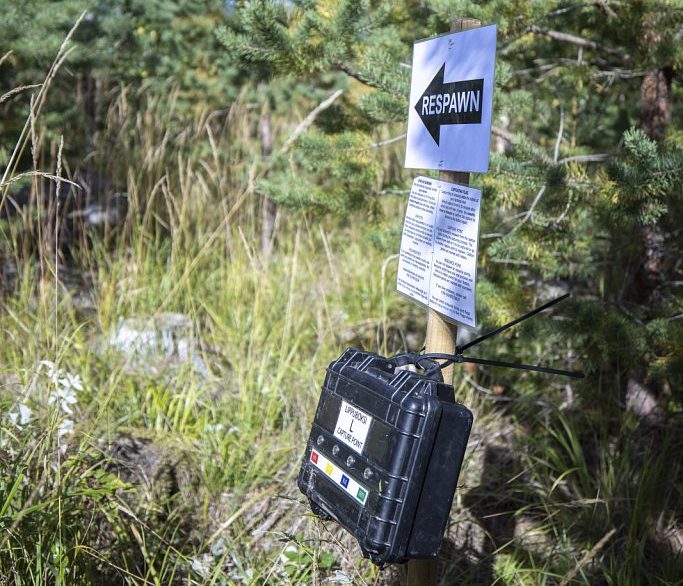 Development of Status and Capture points

Status and ticket boxes have been developed since 2012 to mainly serve Ehasa's events. Nowadays we also rent them to other game organisers. 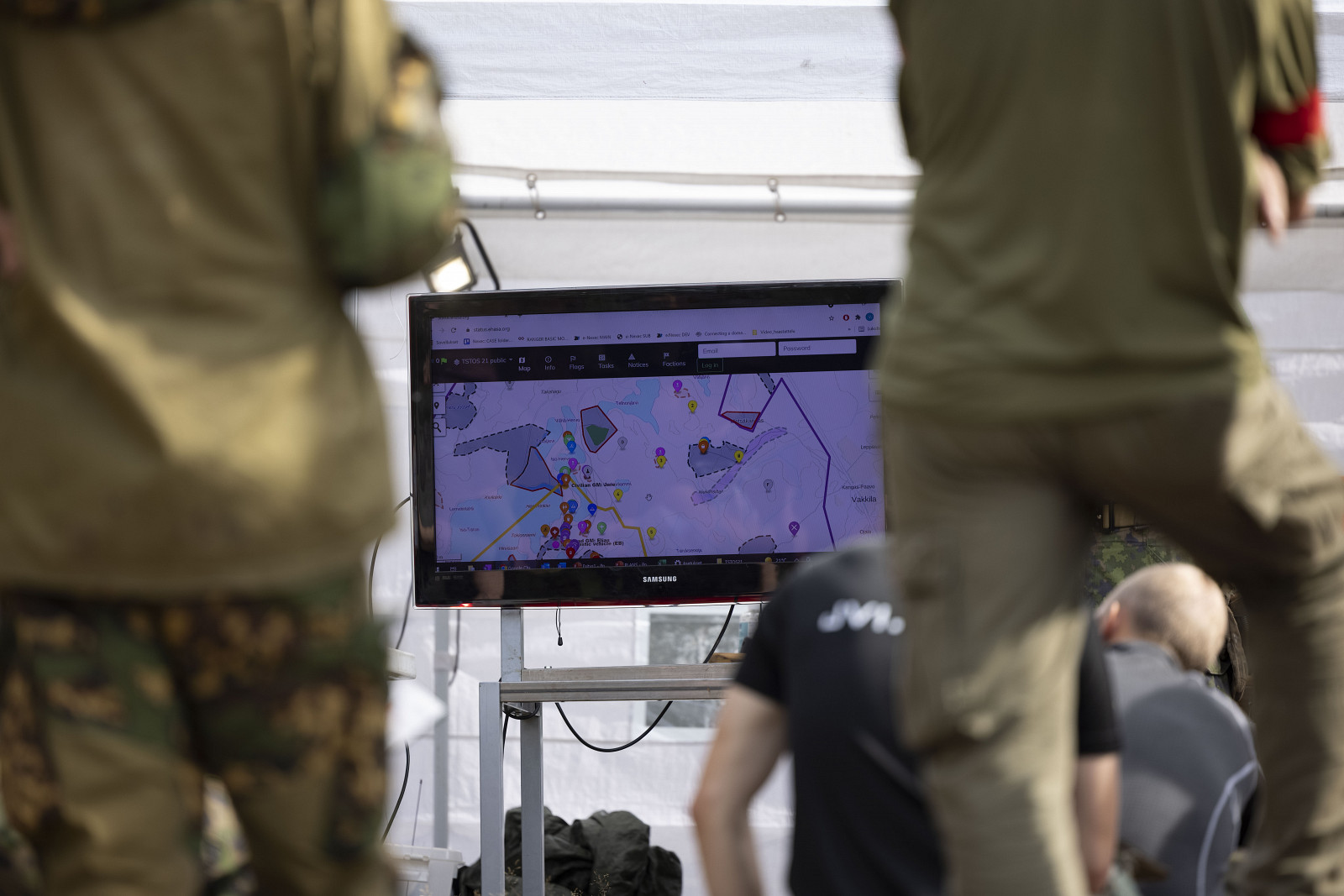 Currently, we have almost 20 capture points that we also rent to other game organisers. The boxes are still developed actively as we try to make them more stable. With the battlegroup events, the status was also translated into English. The Status system is still being developed and new quality of life updates are rolled. 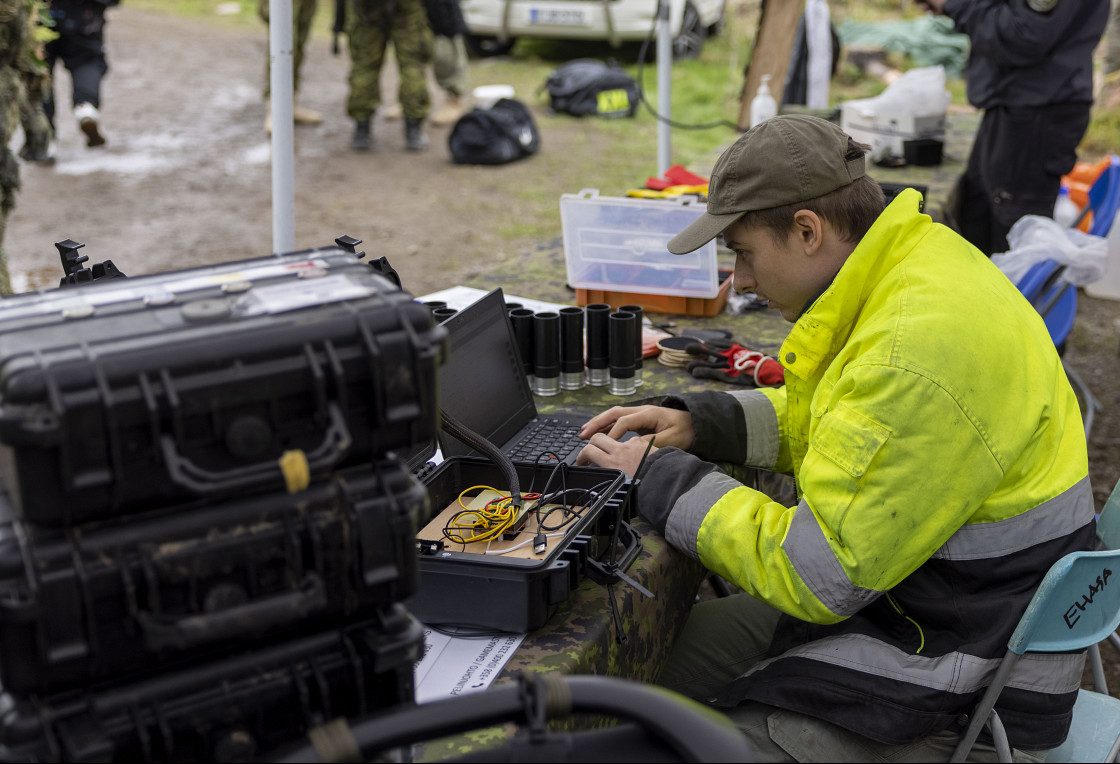 Data transfer problems and the slowness of the devices and the lack of memory in the arduino board caused infuriating problems over the years. Sometimes the devices didn't send data, or sometimes they just simply froze in the middle of the game. The devices were also really slow. After pressing the capture button the capture usually started after 5-10 seconds. Most of the problems were caused by the way the program was coded. It was decided to completely rewrite the program, and HTTP was ditched and replaced by MQTT. Sure, the new program brought new bugs, but at least the data transfer was clearly smoother. In any case the status is a difficult program for us because we can only test it on a large scale about twice a year at our events. 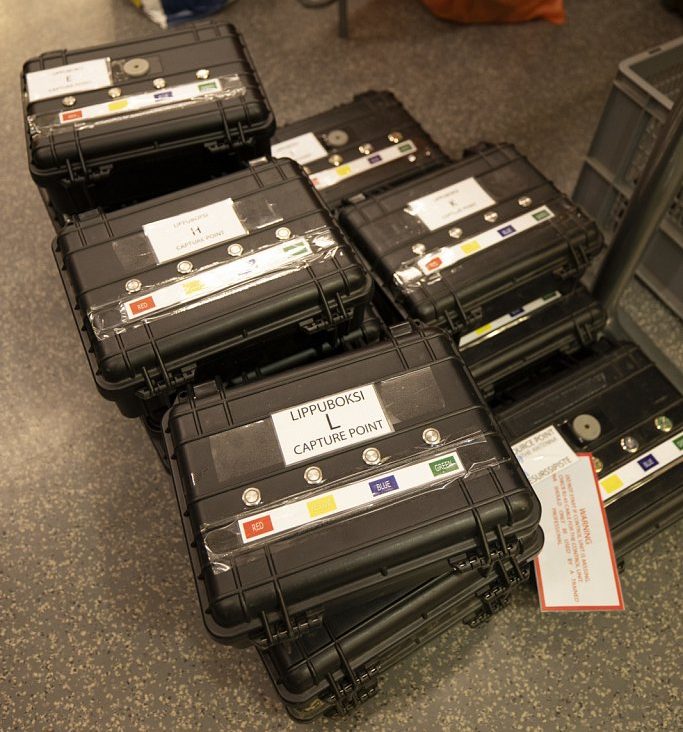 When we started planning the TSTOS parola, we realized that there would be a lot more capture points and they should be able to be controlled remotely. We also wanted to slow down the capture of flags and direct the players to also defend the flags during the capture. None of those features were possible with the previous device. That's why we had to develop a completely new one. At first, we wanted to make the new device at least a little water-repellent since the devices usually were set up already days before the start of the game. The new device got its settings from the server and functioned according to them. This wasn't completely problem-free either, because as the code got more complicated, data transfer problems and memory leaks appeared. That's why, for years, we still sometimes had to go up to the capture points to restart them. 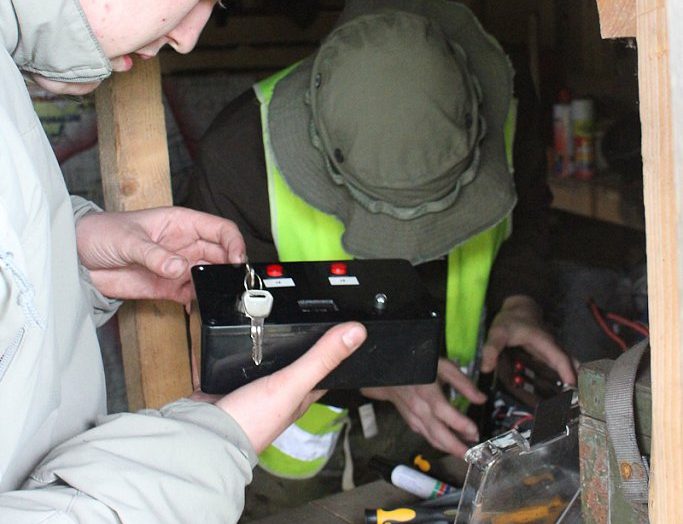 The birth of capture points

It didn't take long before we realized that manning the flags is boring and pointless. We even started to use less the status system, because we knew it required a lot of organisers. Thats why the idea was born to replace the organisers at the flags with an electronic system. The first capture point hardware was based on an Arduino and a GPRS-shield. The device only had two buttons and it made a direct HTTP GET request to the server and the flag was captured in seconds. Although it was very simple, it worked. 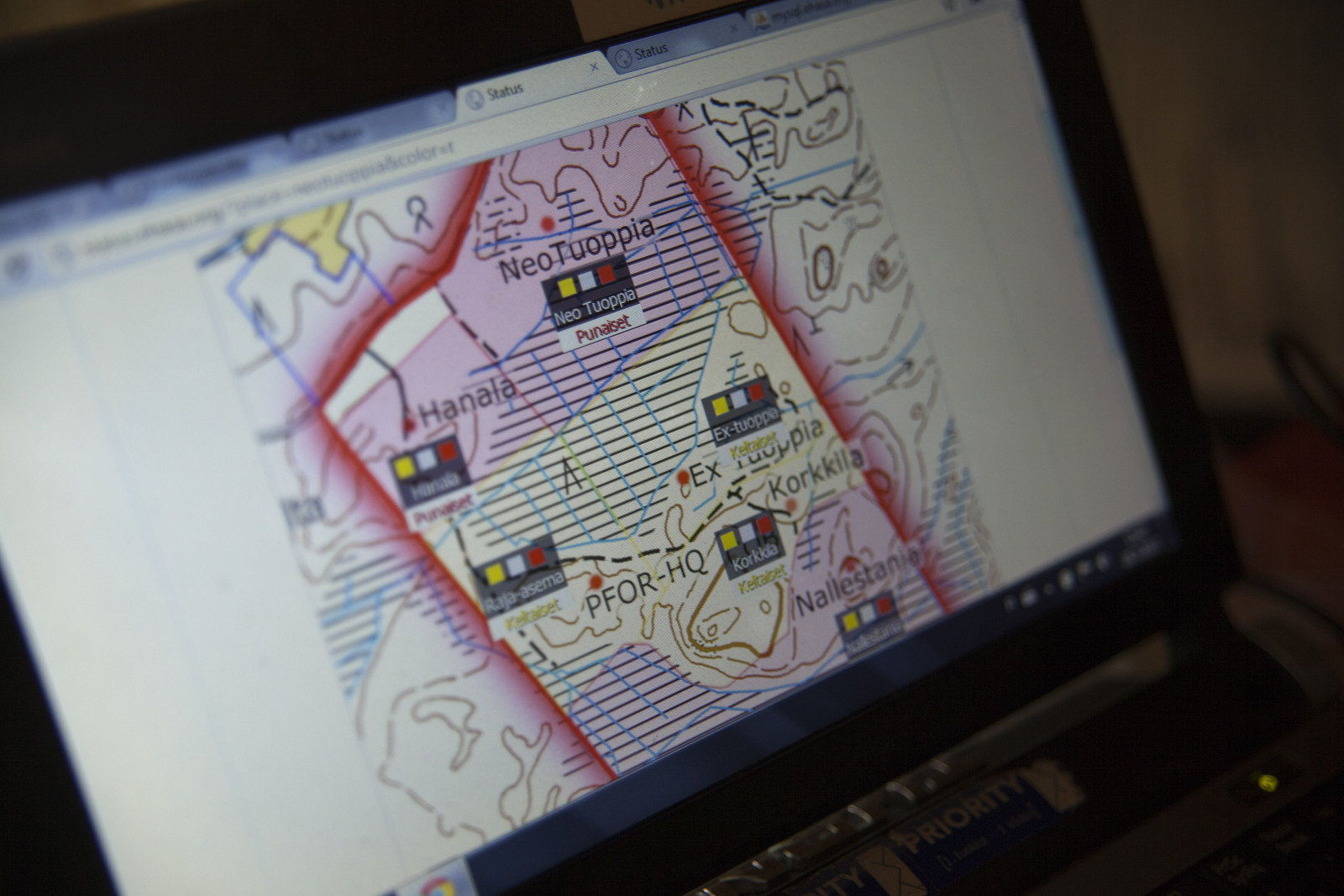 The first version of the status system

The first status version was used in the Conquest 2 event. The system was very simple back then. The organisers stayed on each flag and announced on the radio to the organiser in in the middle of the game area, who then pressed the right button on the computer to mark that the flag had been taken. According to the picture, using the status in the Conquest 2 event required at least 7 organisers. One for each flag and one in the center of the game area to wait for radio messages at the computer.