Battlegroup 2018 was a 4 day long airsoft event combining milsim and larp elements. The event was be held at a Finnish Defence Forces Ilveskallio training grounds in Hattula, Finland. Because of the size and extensive road network of the area enables we could use various vehicles, both armored and wheeled, and also supports large number of players in game. A funny memory from the event was the insane heavy rain in mid-game. Within hours, the game area was filled with water and after an hour ot two the skies were clear again. We also organized an SRA-shooting experiment, where the players could visit a real shooting range outside the game area to try out the sport.

When planning the event we had gone through more than 200 changes and improvements based on feedback and our observations and we had our focus in especially on the following areas.

The battlegroup 18 was a combination of airsoft, milsim and larp elements. The game could have been compared to the Swedish Berget–events. The game was filled with ongoing operations and momentary missions, which were handed out by the team leaders. The game was not in a full on battle the whole time, there were also some times you couldn’t be able engage in battle.
Players were required to be physically and mentally prepared that the game would last +90 hours and the game area was big. The players should have been well equipped for long distances, long times on the battlefield, weather changes and that food and water will not always be on hand. The official in game languages are finnish and english

TSTOS 18 continues from where the previous event was left. Uusimaa succeeded to rob the mysterious “RSV”-device, while Pirkanmaa managed to control the oil pumps:

MAIN EVENTS IN TSTOS 17
Fighting in Ilveskallio was more fierce than ever, when Uusimaa and Pirkanmaa tried to race towards figuring out the mysterious code and finding the RSV-device. In the middle of all this, the civilians in Ilveskallio were trying to live their own, sometimes very uneasy lives.

However, villagers unintentionally became involved in solving the code by holding various clues as well as working closely with Pirkanmaa forces. After getting hold of several different codes, Uusimaa got the RSV’s main and launch codes, during which Pirkanmaa had stolen the RSV from Uusimaa.

Uusimaa forces gathered all its military power to capture the RSV as the Pirkanmaa tried to transfer the device from the area to safety. Finally, Uusimaa succeeded in capturing RSV back. During that battle Pirkanmaa suffered heavy losses and had to withdraw its forces from the entire Kanta-Häme area. At the same time, the Mafia in Tiirikylä took advantage of the situation and displaced the village council and the village police recognized earlier by Pirkanmaa.

WHAT HAPPENED AFTER THE TSTOS 17
When the Uusimaa was moving the RSV away from Ilveskallio, the Åland and Swedish Air Force hit the area with illegal cluster bombs trying to prevent RSV from being moved.

ReMedTech investigated the device for months and ended up with a conclusion that gold would be the key to produce suitable materials and components needed for the development of the RSV. Due to the fact that Uusimaa only controlled Southern Finland and Finland being under international sanctions, their only option was to settle in Kanta-Häme’s gold veins.

A mining company called Sewell Mining offered to mine the gold.

Pirkanmaa and Ahvenanmaa were unable to accept the ongoing situation and created an alliance to remove Uusimaa presence from Kanta-Häme and gain access to the RSV and the gold deposits. Pirkanmaa agreed to recognize Ahvenanmaa as a sovereign state and provide them with energy from the RSV-device.

Once again Ilvekallio is in the hotspot of the conflict. Luckily this isn’t new to the civilian population. At the moment the village is under control of the mafia and a national guard established by mafia.

Aiming to establish peace in the region, Uusimaa is cooperating with an international aid organization demining cluster bomb remains from the area. 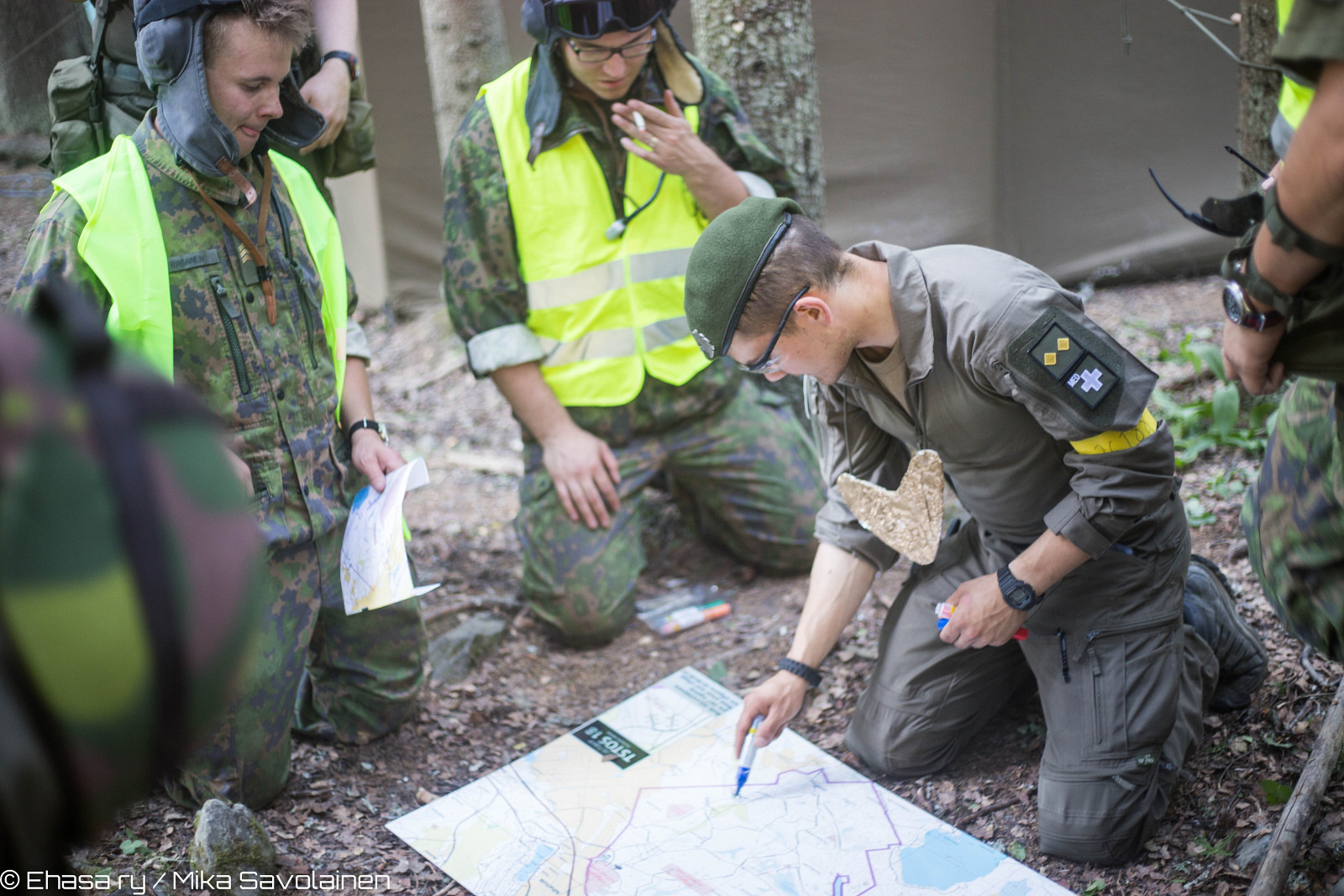 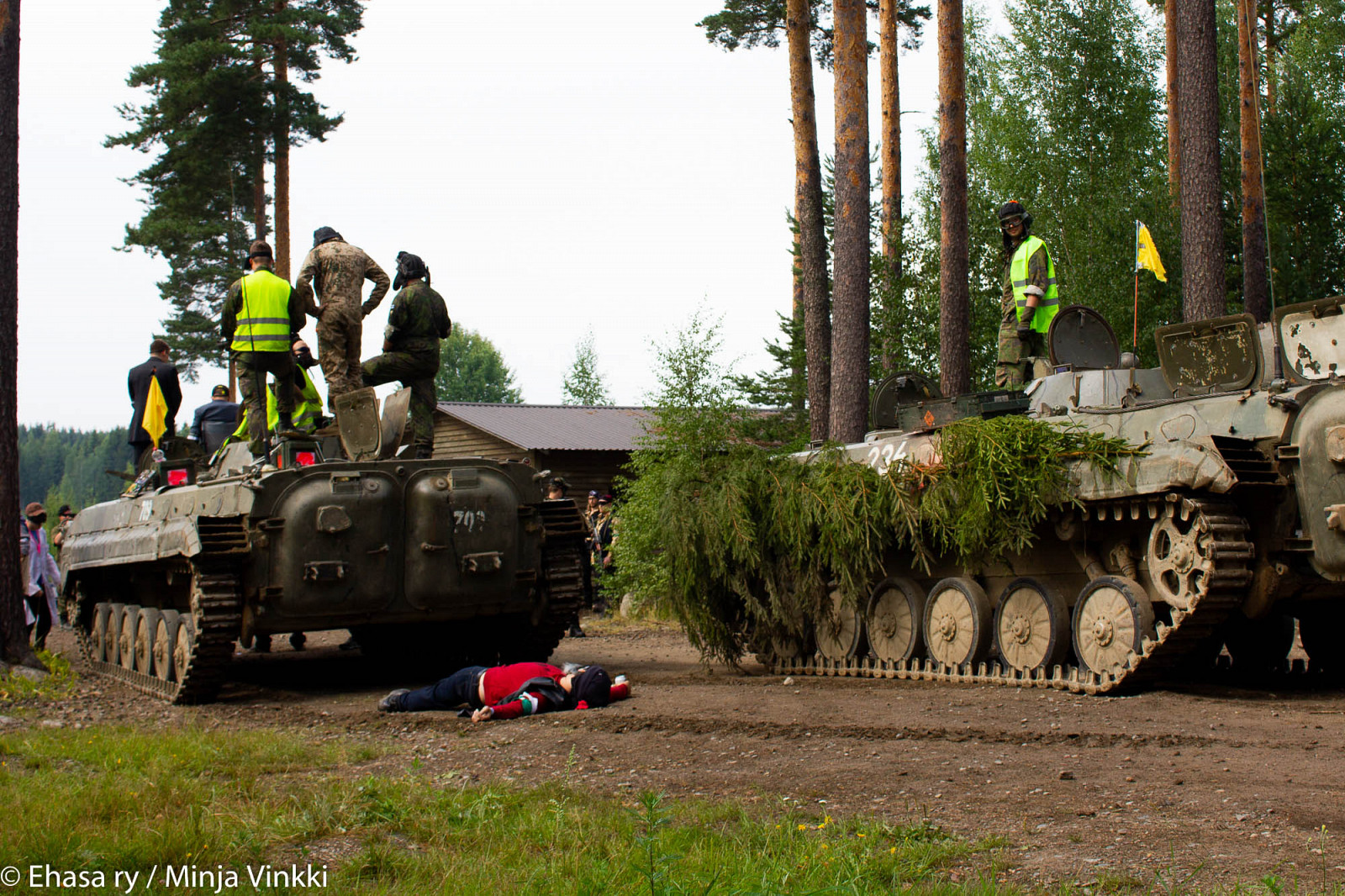 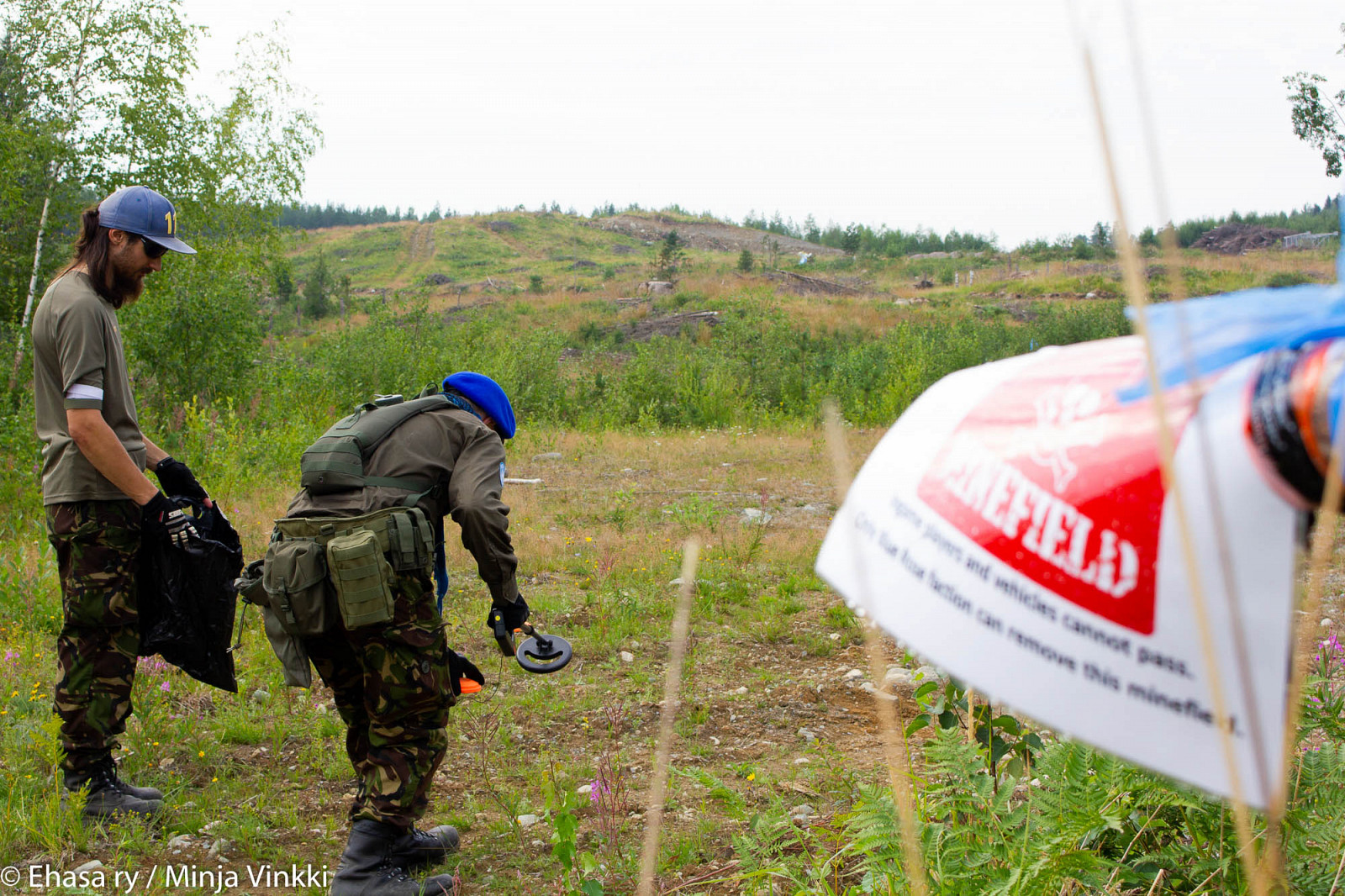 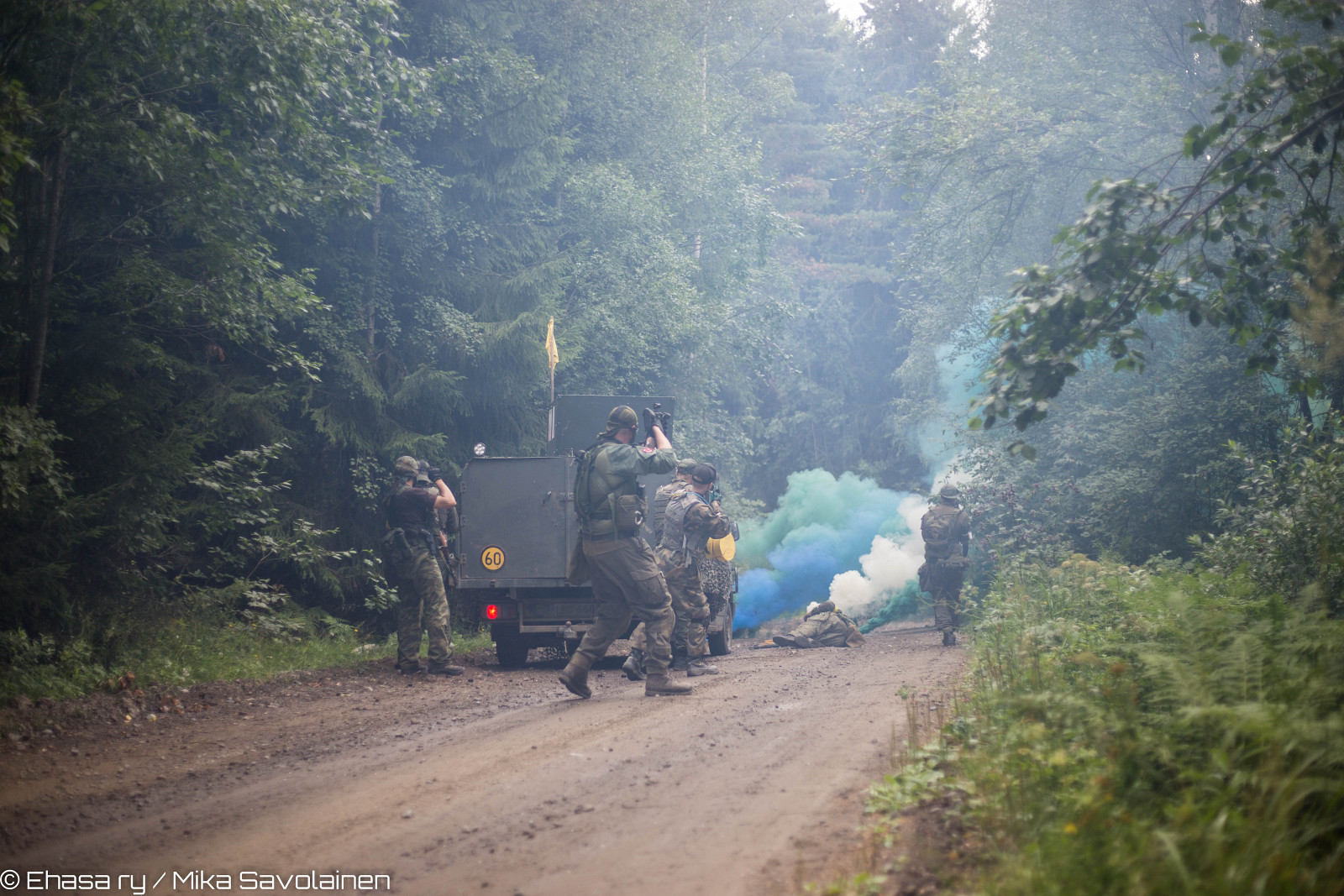 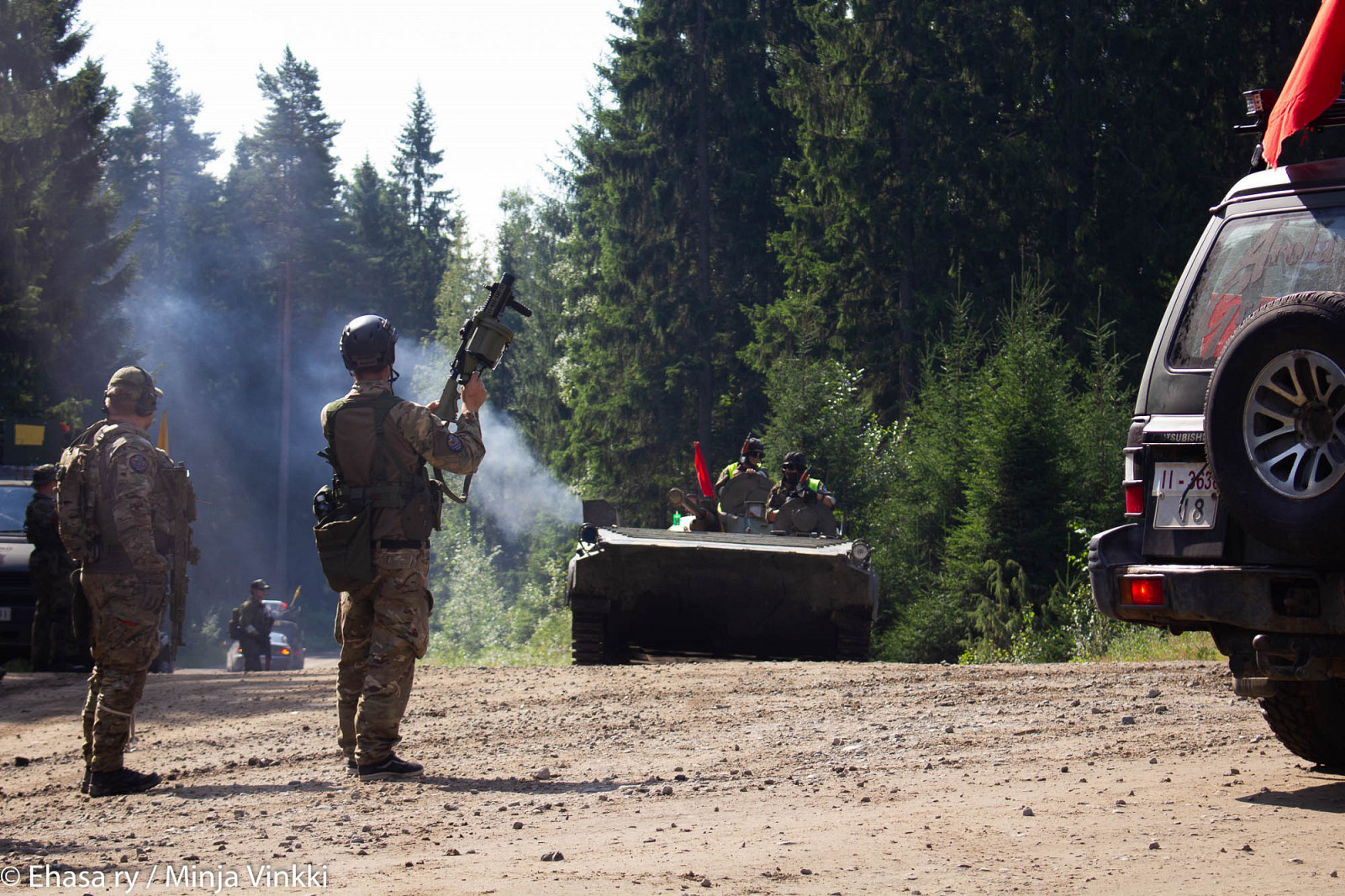 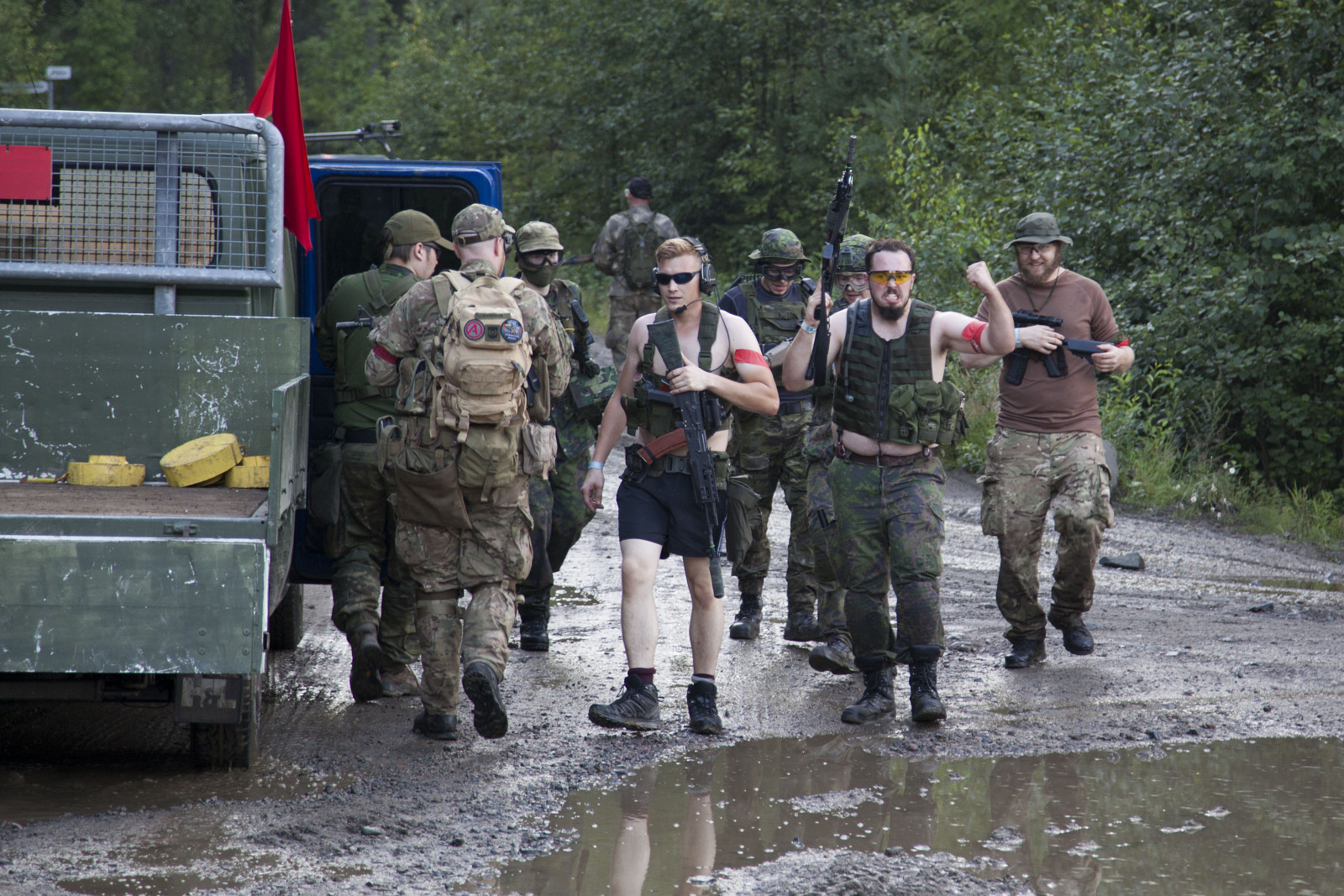