Battlegroup 2019 was a four days long airsoft event that combined milsim and larp elements. The event was be held in Padasjoki in the areas of the Finnish defence forces, the municipality of Padasjoki and the city of Hämeenlinna. Combined, the event area offered much larger size and more extensive road network than previous year. Also the combined area enabled the use of various vehicles such as armored, wheeled and boats. We had previously organized three medium-sized events on Padasjoki, but this old area was just a small part of the now used game area.

Based on feedback, our own observations, a new game area, we had improve many of the things which are mentioned below:

The Battlegroup 19 was a combination of airsoft, milsim and larp elements. The game could have been compared to the Swedish Berget–events. The game was filled with ongoing operations and momentary missions, which were handed out by the team leaders. The game was not in a full on battle the whole time, there were also some times you couldn’t be able engage in battle.
Players were required to be physically and mentally prepared that the game would last +90 hours and the game area was big. The players should have been well equipped for long distances, long times on the battlefield, weather changes and that food and water will not always be on hand. The official in game languages are finnish and english.

The event continues from the end of the previous game. We featured a new gaming area with new civilian players:

TSTOS 18 EVENTS
During the event, many parties, such as Uusimaa, Pirkanmaa, Remedtech as well as Blue Rose, contributed to the development of a mysterious “RSV” device. Whenever any of the parties in the area collected a missing part of the device, Remedtech installed it to the RSV. However, a charity organization called Blue Rose acted as a foreign intelligence agent to either capture or destroy RSV. Remedtech also had the objective to capture the RSV after it was completed.

In addition to RSV, the parties were also bound to the Ilveskallio area by digging the gold found in the bedrock. With the help of wealth gained from gold the expensive warfare and the development of RSV was made possiple. The prosperity of the gold mines was also seen in civil villages in the area when the Mafia gained more power.

The power of the Mafia and the National Guard operating in the village was shaken through the event mainly by Pirkanmaa. Pirkanmaa assisted a presidential candidate called Mr. Gambels to take the military actions to gain control in the village later to fullfill Mr. Gambels goal to become a elected president. Pirkanmaa troops had not even been able to leave the village when the newly elected President Gambels was murdered by the National Guard. Eventually the situation calmed down when Pirkanmaa decided to support the village by forming a new village council. The village council was welcomed with great appreciations and Pirkanmaa succeeded in creating a favorable relationship with the village.

In a battle between Pirkanmaa and Uusimaa, Remedtech finally got the RSV ready in its laboratories. Later, it turned out that Remedtech had also made a 3D copy of RSV for later use. As battles became more fierce in the northern side of the village, Remedtech decided to capture the now finished RSV to hide it from other factions. Remedtech’s plans were to get their own scientist out of the area with at least the 3D copy of the RSV. Remedtech had plans to destroy the device if anybody else got hands on it. The scientist who escaped with RSV ordered a helicopter through Remedtech, but at the very last moment before the helicopter arrived, Pirkanmaa managed to locate and capture RSV from the Remedtech. When Pirkanmaa began to evacuate the RSV to the north, an attack by Uusimaa followed at all cost. In the meantime Remedtech’s last scientist disappeared from the area, carrying a 3D-copy of the RSV. The Blue Rose that acted on behalf of the foreign intelligence service faced their end in an unfortunate car accident while on its way to the original hiding place of the RSV.

TSTOS 19 BEGINS
With a strong defense Pirkanmaa succeeded in slowing down the Uusimaa troops but Pirkanmaa eventually had to stop in a Padasjoki region called the Iso-Tarus.

Padasjoki, a scenic wilderness landscape with its lakes and forests, had been harnessed by the armed forces long before the current civil war. The small airport in the Padasjoki area had been used by Pirkanmaa as the first large military base after the front lines.

As the focus of the Civil War was mainly in the south, some corrupt rear line officers in the Padasjoki region went and took money from civilians fleeing the war and allowed them to settle in the area.

Over time, the number of civilians and their socio-economic status increased. As wealth grew, the area even had its own Gentlemans club, religious sect for the elite and other business activities. As the battles became more close, the number of desertees in the region also increased.

When the Pirkanmaa got the RSV to the just established Padasjoki Research Institute the rapid testing of the RSV began. However, testing did not progress according to the plans, and during the testing, the device had released radioactive dust the environment over a long time. Soon some areas used for testing the RSV were found to be contaminated, where one could not go without full protective gear. One of cesium’s radioactive isotopes was suspected to have been released into the environment. However, there has been no conclusive evidence of a presens of the Cesium.

The Pirkanmaa and Uusimaa troops lacked the necessary protective equipment, which is why the troops have not reached the research facility where RSV is apparently help. The main factions have sent special personnel from their Information and Research Department (IRD) to investigate and deal with the problem at hand.

However, the task is not easy, as the contaminated areas move along with wind. The water reserves in the area are starting to run low due to pollution and increase in the number of users. Dwindling resources have driven many troops from both factions to important landmarks, airport and water reservoirs.

Civilians seeking for peace are back in the middle of the ongoing war. The religious sects and any local entertainment offers the civilians atleast some comfort in an otherwise desolate situation. 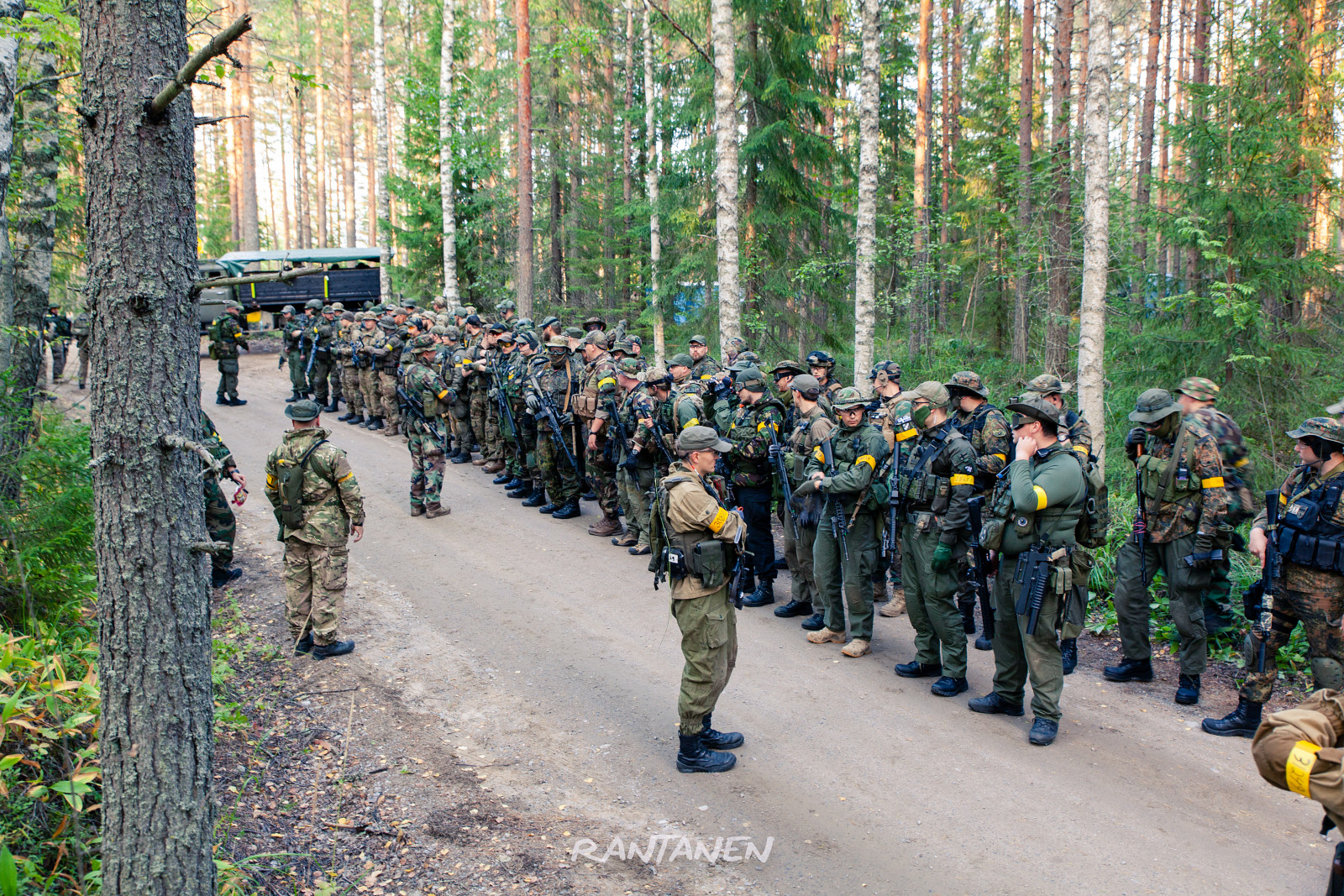 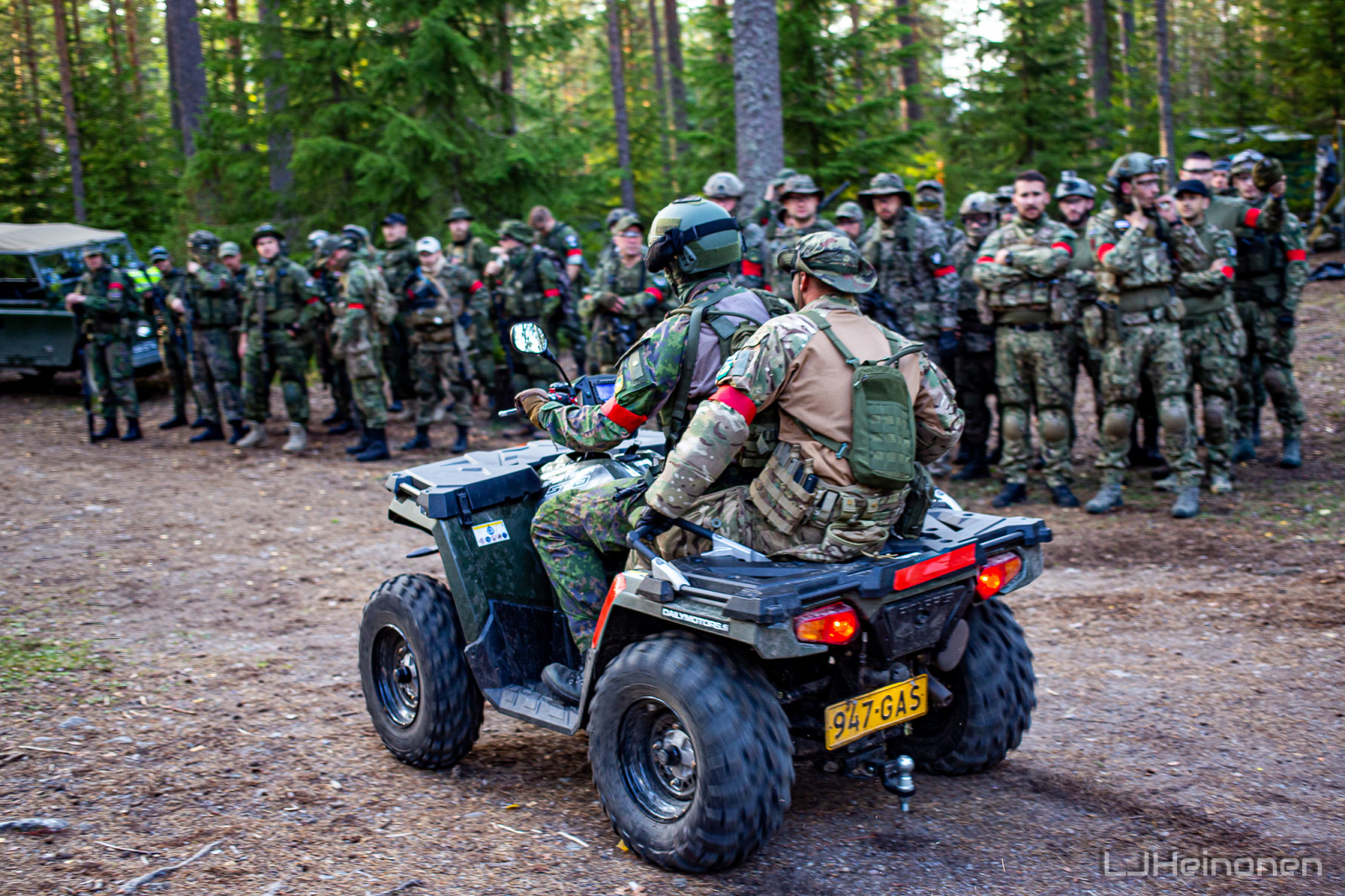 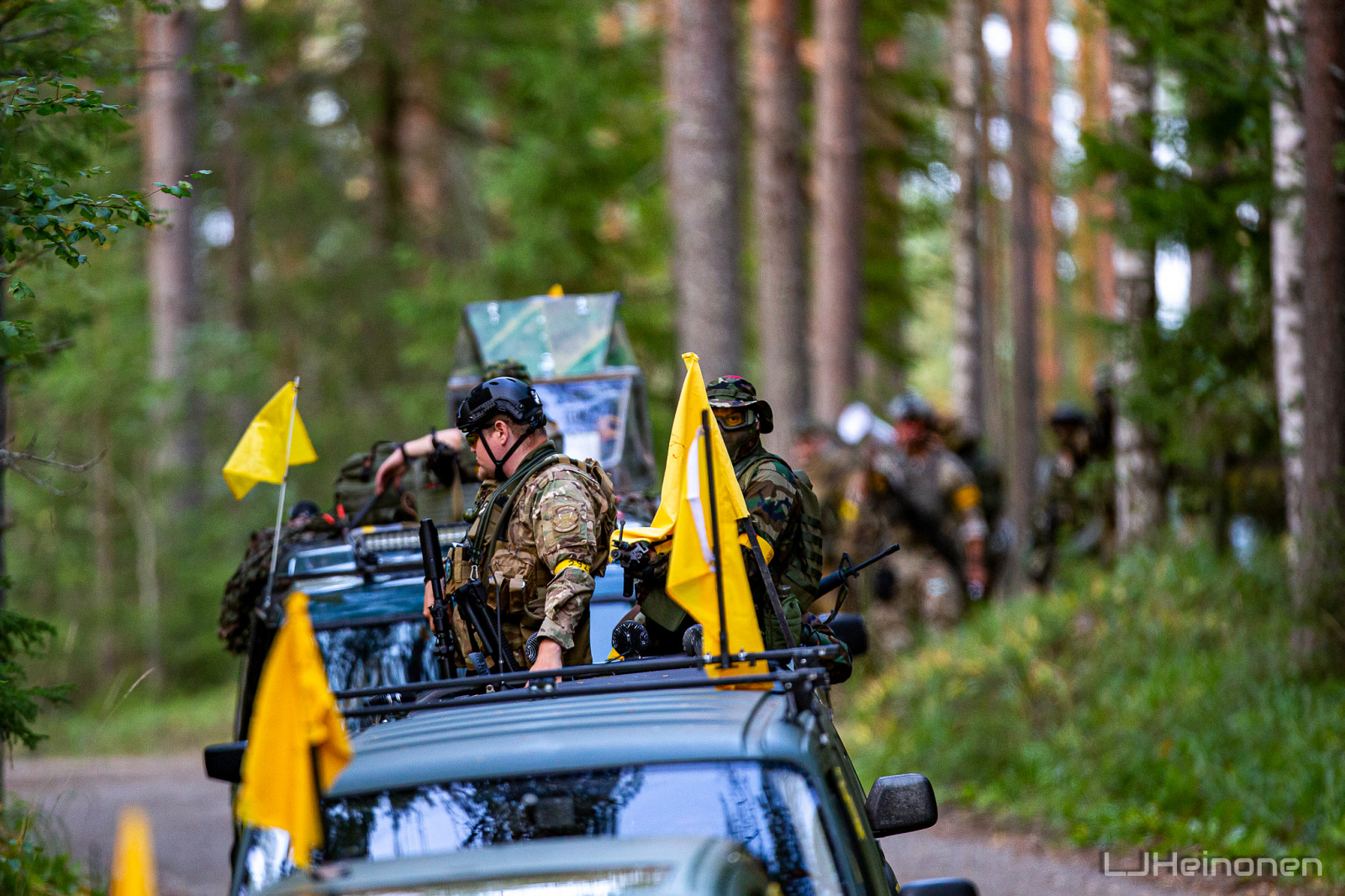 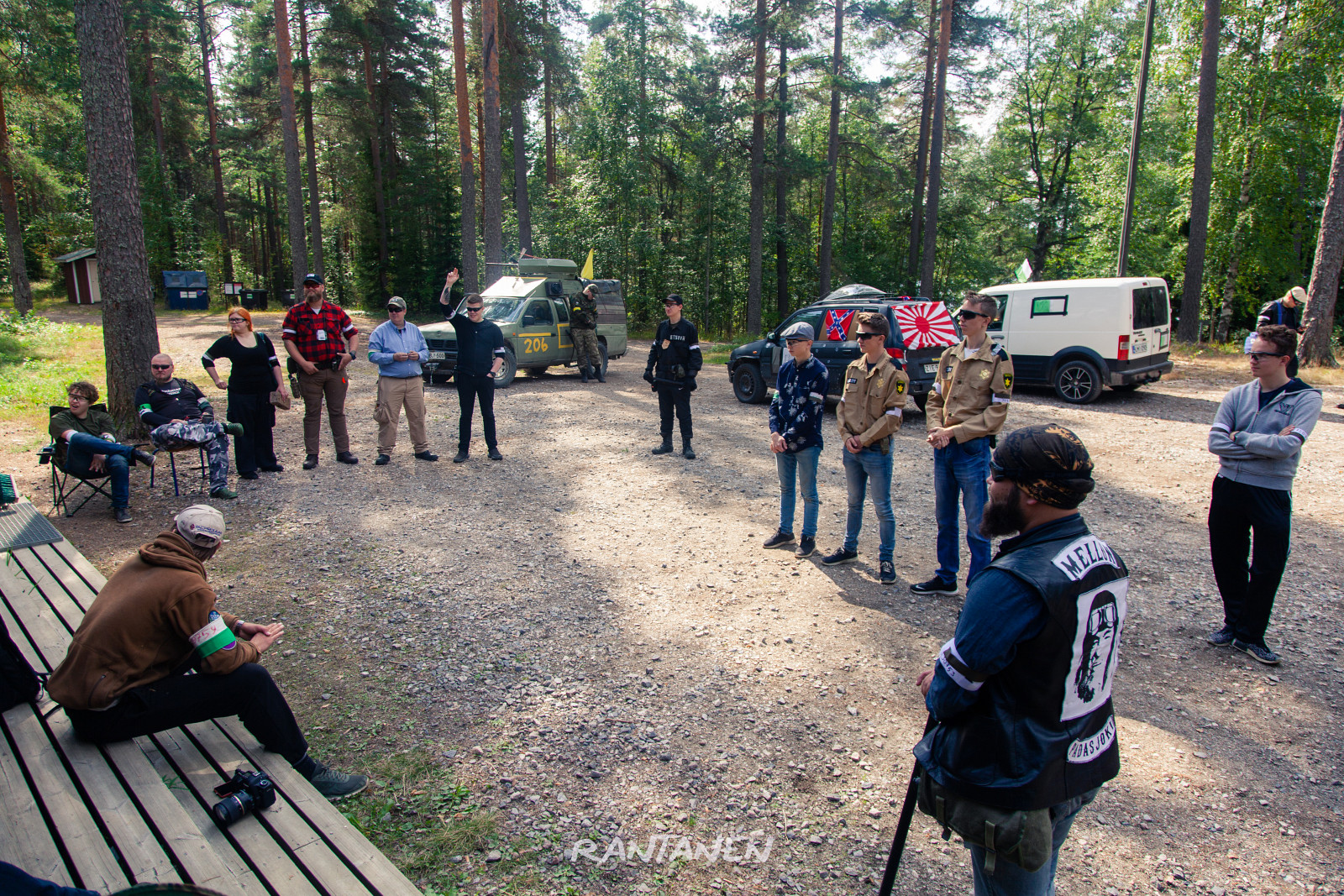 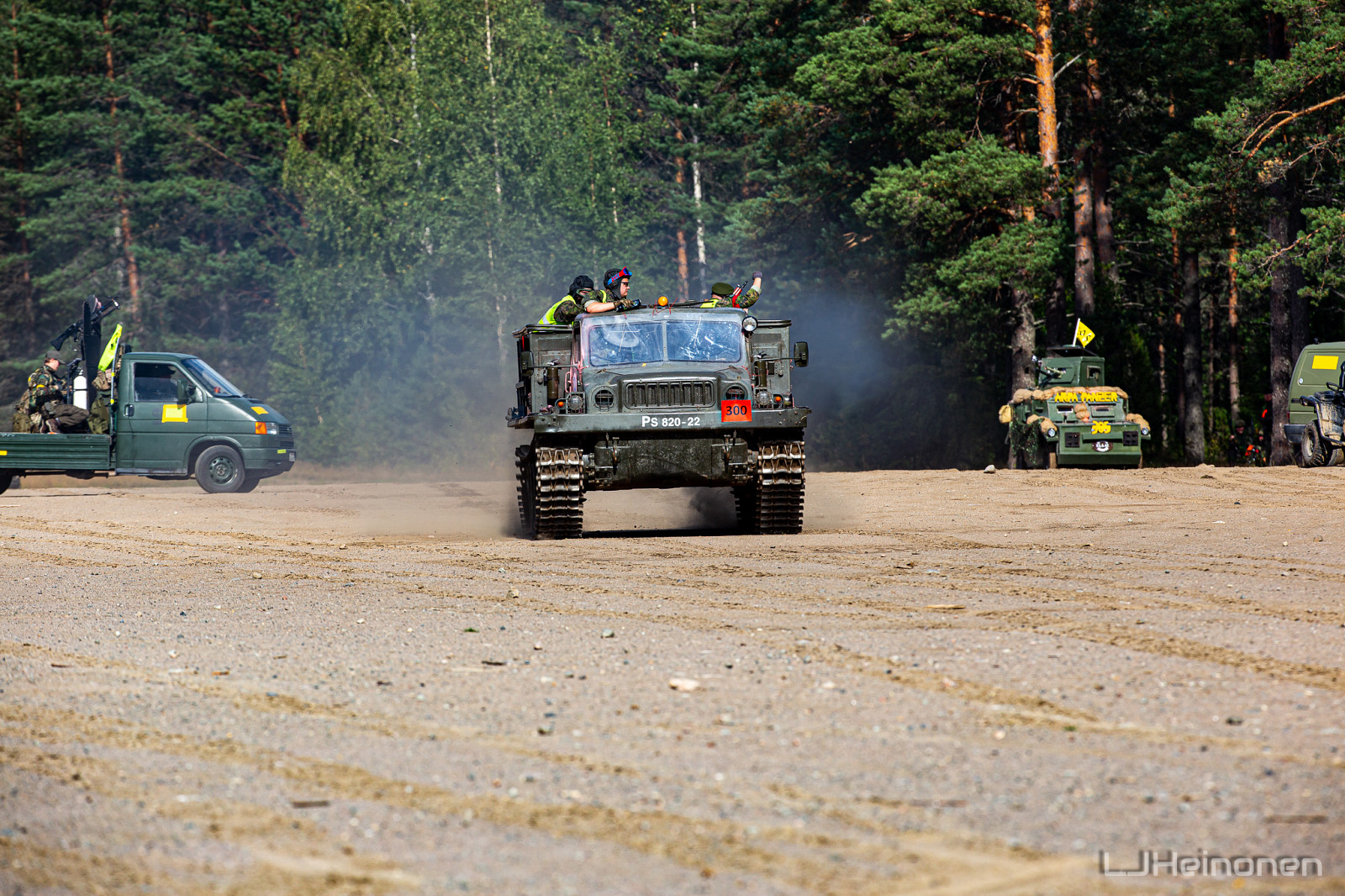 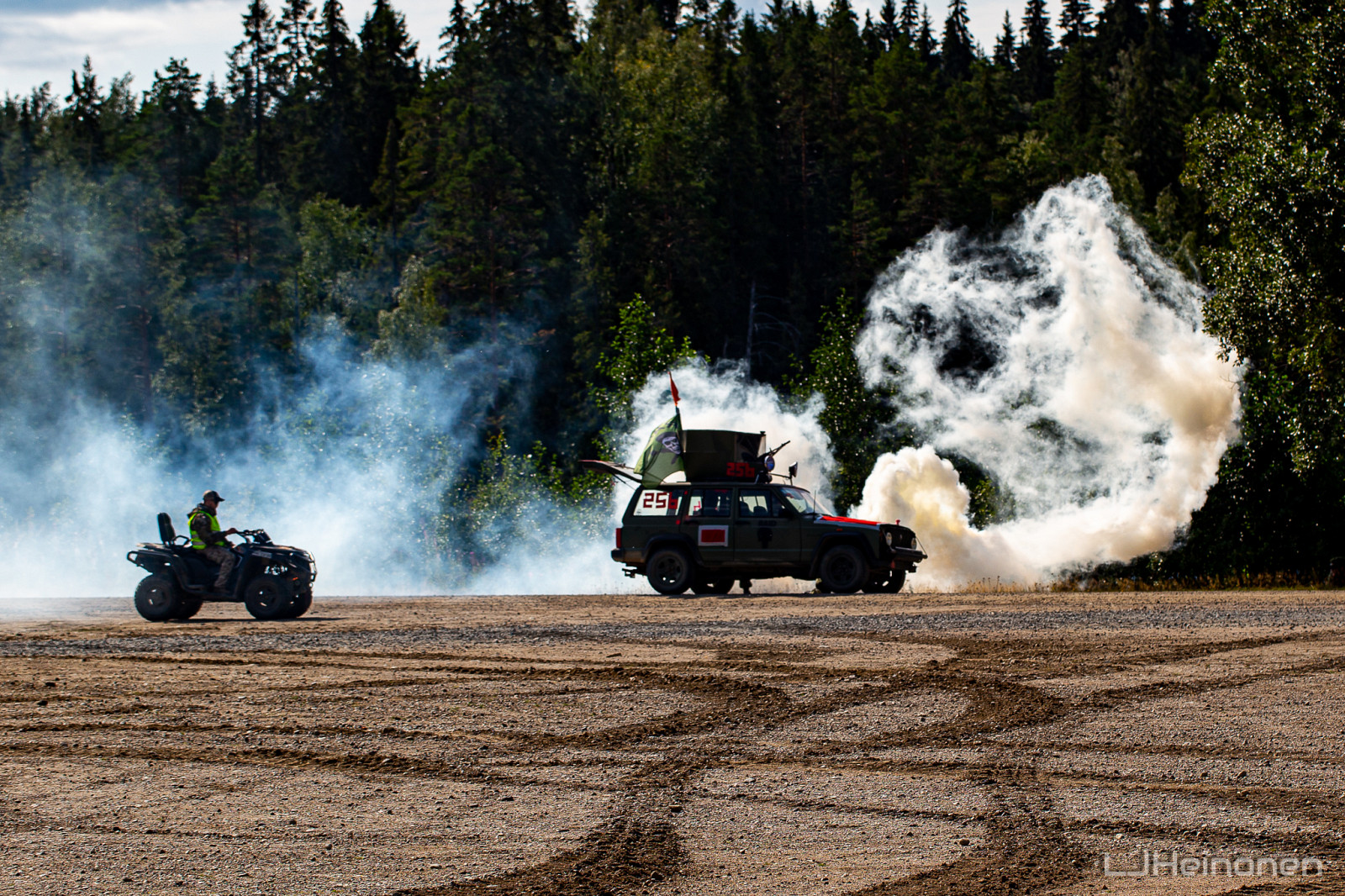