The first TSTOS event could be looked at as a big Conquest event but with much stricter faction-specific command structures and longer duration. The event truly offered strict faction structures and managed missions. The two main factions of the event were placed in their own bases and the factions were led separately by leaders chosen by the game masters, who independently decided the operation of their factions and within the goals set by game masters.

The game area was the defense forces’ training area on Ilveskallio in Parolanummi.

The TSTOS Parola was a combination of airsoft, milsim and larp elements. The game could have been compared to the Swedish Berget–events. The game was filled with ongoing operations and momentary missions, which were handed out by the team leaders. The game was not in a full on battle the whole time, there were also some times you couldn’t be able engage in battle.
Players were required to be physically and mentally prepared that the game would last +42 hours and the game area was big. The players should have been well equipped for long distances, long times on the battlefield, weather changes and that food and water will not always be on hand.

The official language of the game was still Finnish at this stage, but there were also players in the event who understood/speaked Finnish poorly or who spoke English.

From January 2018, Finland drifted into the second civil war in its history, when the political dispute between the supporters of the monarchy and the supporters of the presidential system first turned from small skirmishes into a full-scale war in a few weeks, in which the people and also the defense forces were divided to support different sides.

Supporters of the monarchy grouped behind the most recently elected president, Kaleva Punainen, and supporters of the presidential system behind Kaleva’s worst challenger, Matti Keltainen. In this chaos, Åland decided unilaterally to declare itself independent and thus remain neutral in the situation. Some EU countries, e.g. Sweden immediately recognized the birth of this new state, but internationally Åland was still part of Finland.

The harsh winter initially kept the warring factions apart and they focused on protecting their own operations and destroying small groups of eachother. With winter gone, the fighting has intensified and both factions are trying to create an advantage to break the front lines.

THE REST OF SOCIETY
When the nation was divided, the surrounding society also partially disintegrated. Water and Energy distribution have suffered heavy damage as a result of the fighting and only in the biggest cities far from the front have they been able to restore them. As a result of the war even families have broken up to fight in the ranks of different factions.

The treatment of civilians by the fighting factions has mainly remained in accordance with international laws, with the exception of a few individual cases.

Because of that, the UN and the OSCE have expressed their concerns about the safety of civilians. After months of negotiations, they have managed to get both factions to guarantee the safety of the observers, and the first UN military observers and OSCE civilian observers have been operating in the country for a few months, ensuring that the laws of war are followed.

PAROLA
Hämeenlinna is located in Kanta-Häme, right between Helsinki and Tampere. The old Parola’s military garrison was located next to it, which had already been destroyed. However, there are defense forces warehouses in Parola’s Ilveskallio, where the factions believe that the main part of the defense forces heavy armor is still kept.

The only problem is that the last officer in charge of the warehouses decided, before the situation escalated into a civil war to fill them with explosives and lock them so that only if opened in the right way, the explosives would not destroy this equipment important to both factions.

Despite this, both sides feel it is important to control these stocks until the locking systems can be broken.

INHABITANTS OF ILVESKALLIO
The residents of Ilveskallio have been in the area for a long time. The residents have tried to stay away from the civil war as much as possible, although some family members of the residents have moved to fight in the ranks of both factions.

However, the villagers have understood the importance of maintaining peace and focused on survival, because electricity and water can only be obtained in the area from aggregates and brought from further away. Because of this, the fishing community of the nearby lake has become an important partner for the residents of the area.

Due to the constant presence of soldiers, weapons have been collected from civilians, but sometimes during searches they have been found in people’s possession or in caches.

NEW OPERATOR
During June, both sides reported sightings of new enemy that made small strikes in the coastal cities. At first, both main factions thought them to be the special forces of the other faction.

It has now become clear that a third actor, nicknamed “Blue”, is also involved in the conflict. However, it is unclear which forces these are, where they get their support from, or what their goals are.

Parola was our first step in the Battlegroup (TSTOS) series, which later developed into Ehasa’s main game series. We had already been to a few Berget events in Sweden and fell in love with the concept and the atmosphere at Berget, where numerous different nationalities stayed in large camps and went to fight as part of a carefully managed faction.

At the time of Parola, there was also a revolution in game vehicles in Finland; more and more different and more complicated vehicles appeared on the game areas and sort of our own EB was the first example. 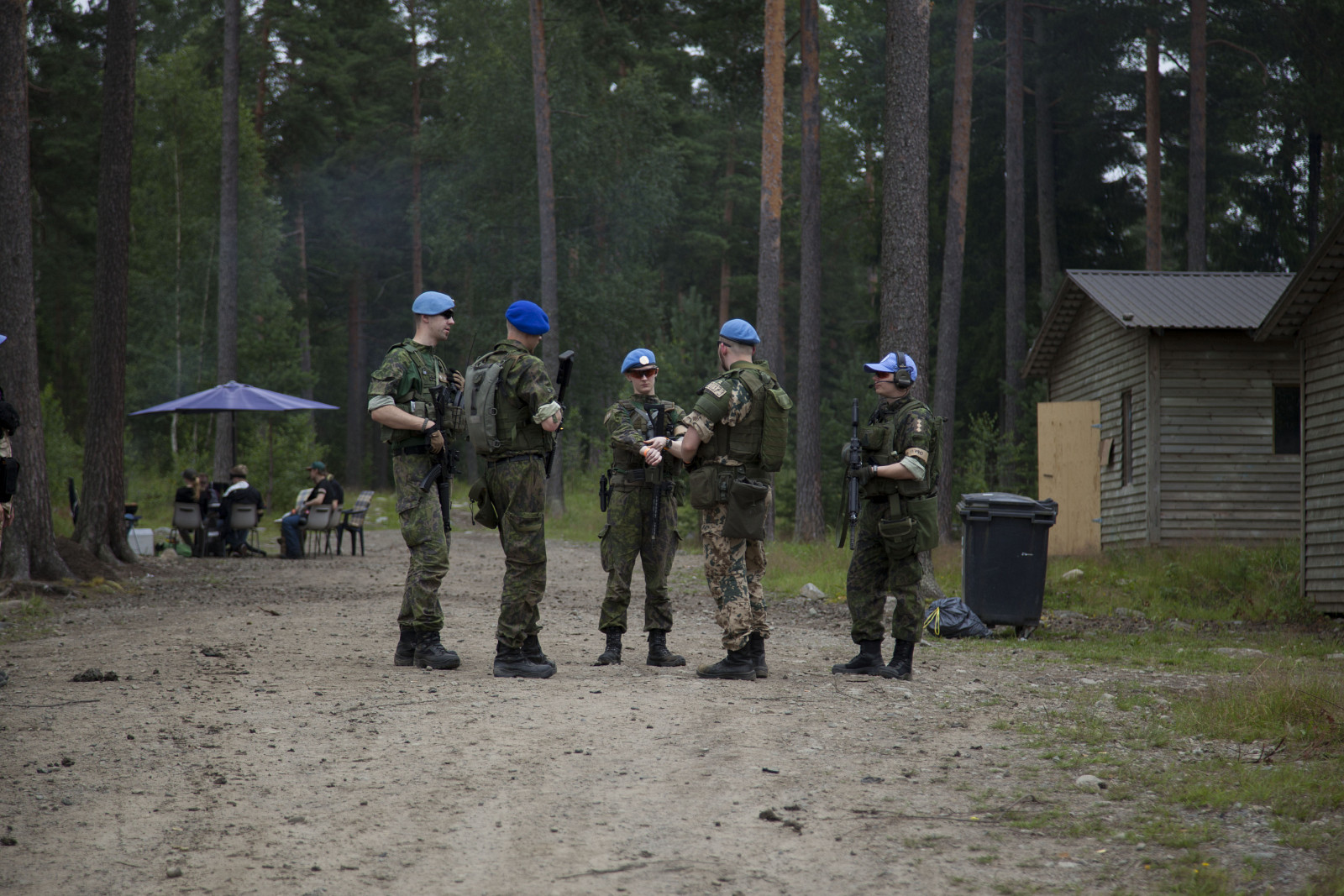 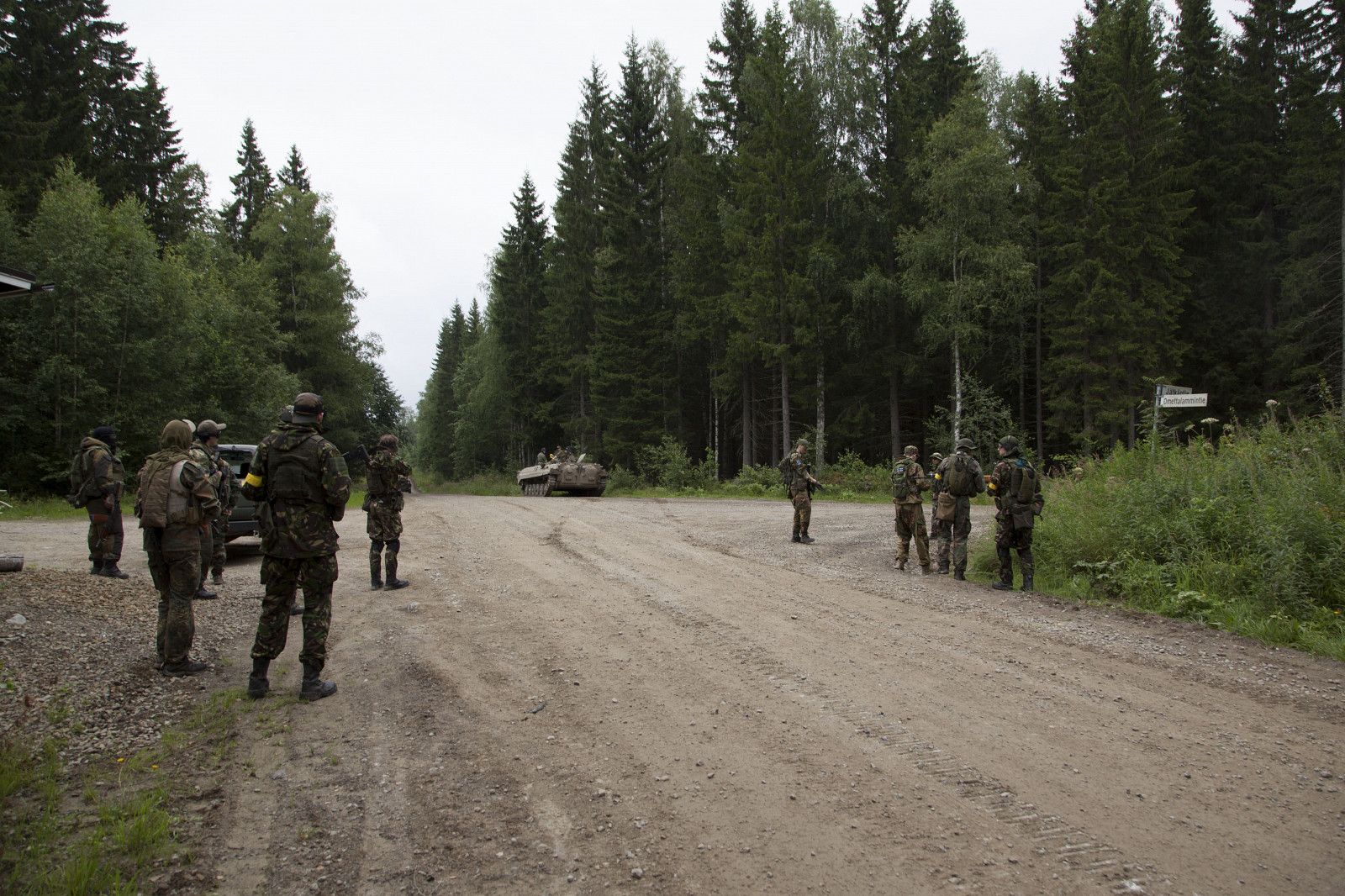 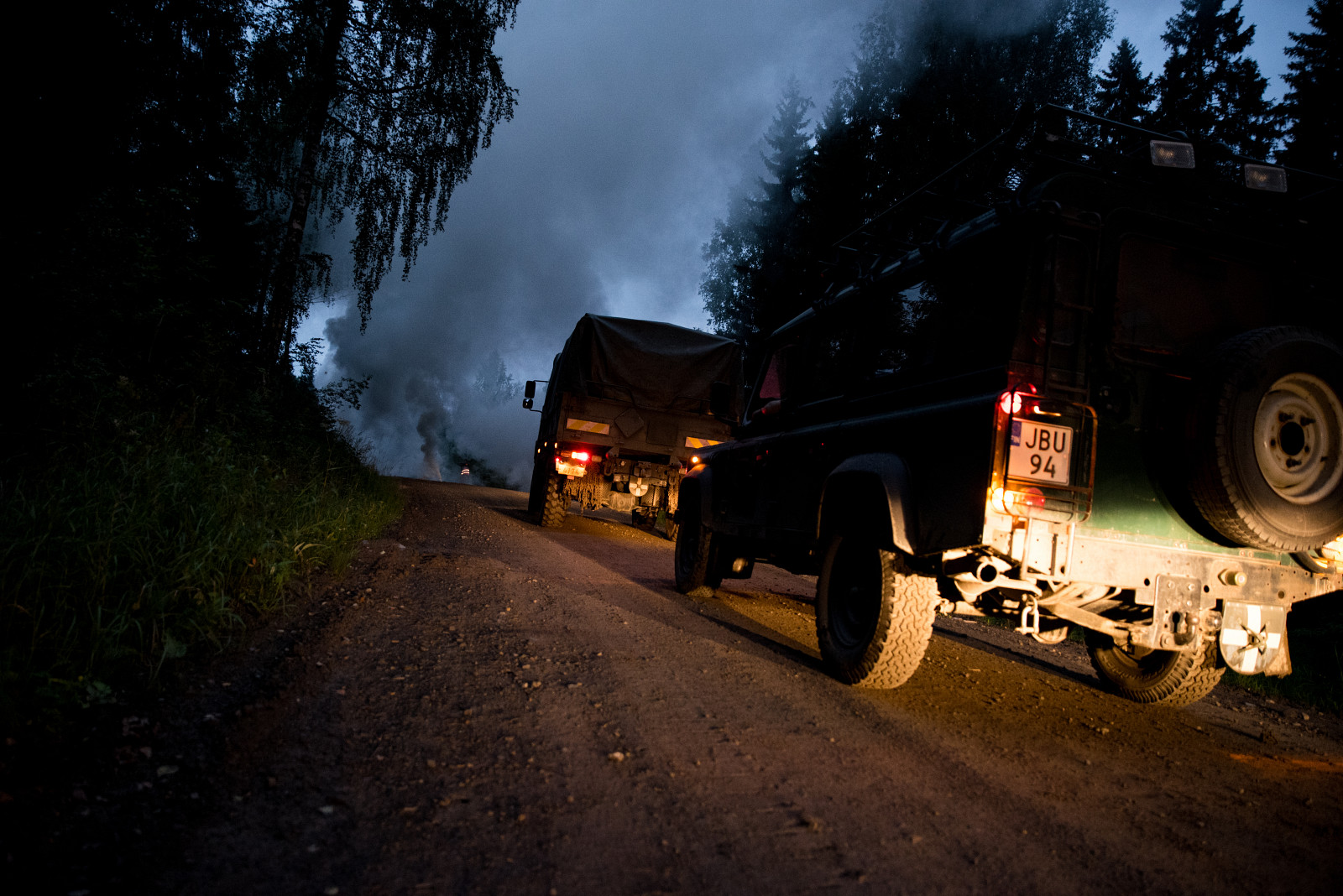 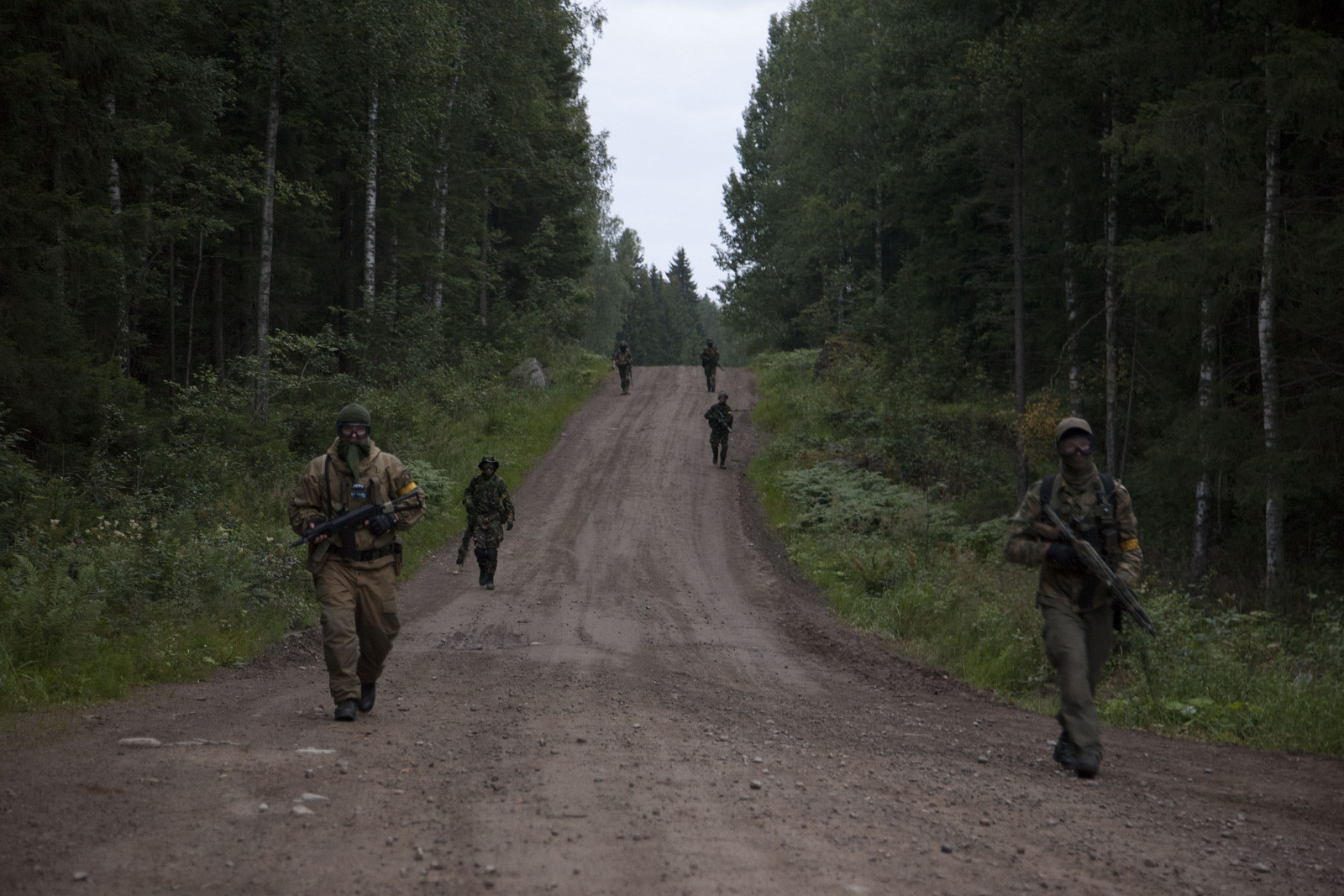 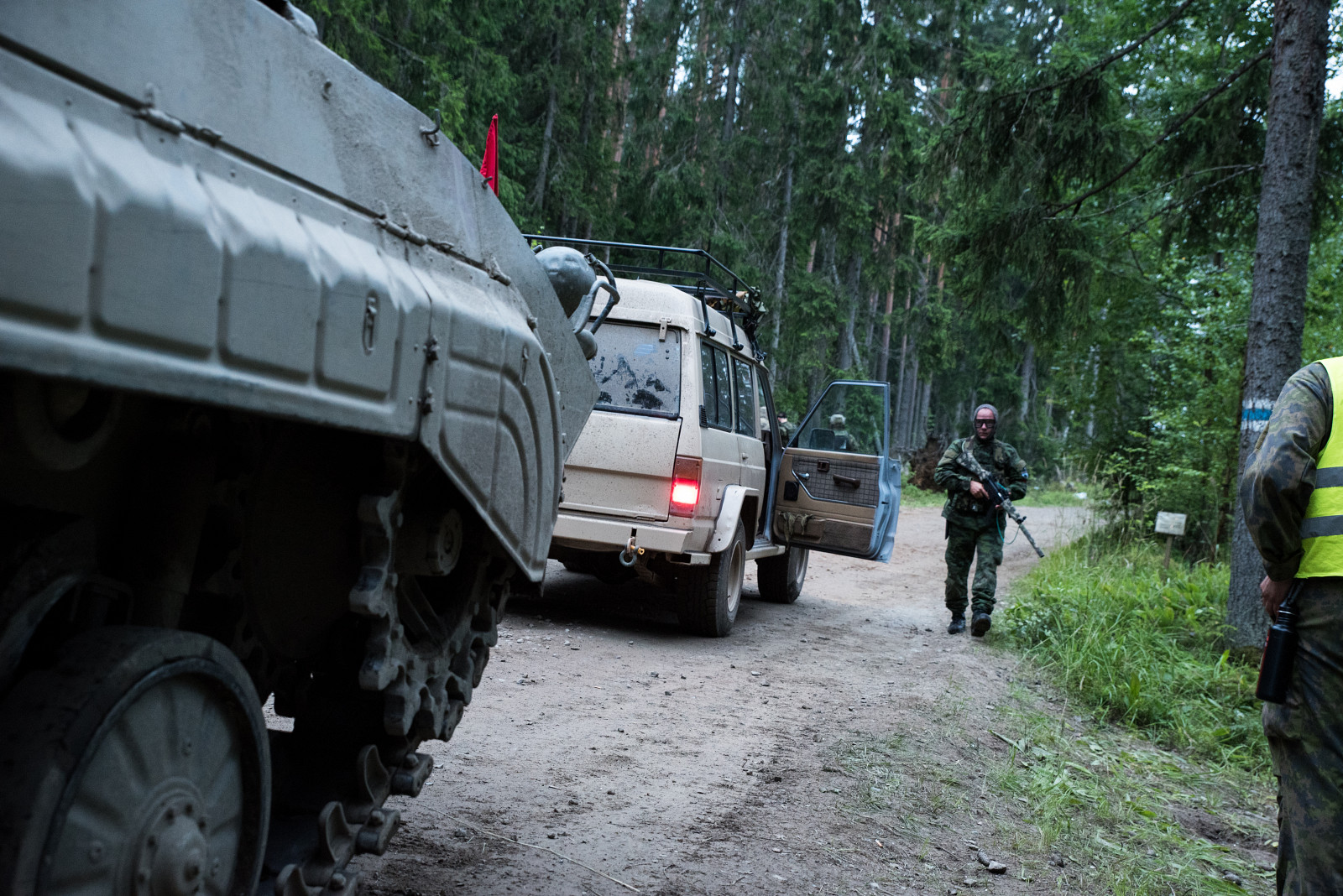 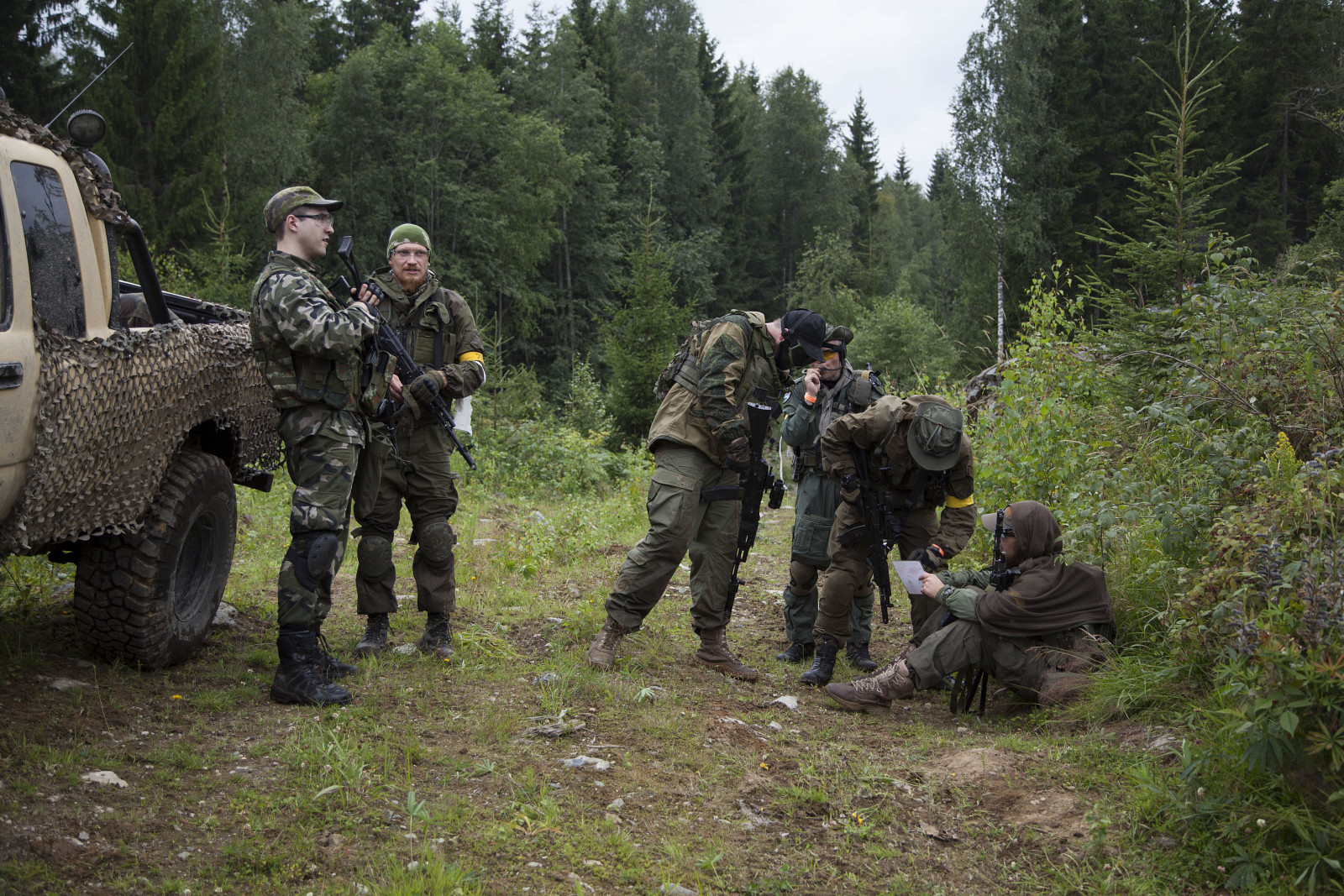